No less than 9.5 million tablets of pharmaceutical opioids: Tramadol and Exol 5 worth over N5billion have been seized at the Murtala Muhammed International Airport, MMIA, Ikeja Lagos, the Federal Capital Territory, Abuja and Edo state by operatives of the National Drug Law Enforcement Agency, NDLEA, and the Nigerian Customs Service, NCS.

Of the figure, 214 cartons of Tramadol 225 under 10 different brand names, which translate to 9, 219, 400 tablets weighing 6, 384.5kg, with an estimated street value of N4, 609, 700, 000 were transferred on Tuesday 29th March alongside 85 cartons of dried Khat leaves with a total weight of 1, 327.35kg by the Nigerian Customs to the MMIA Command of NDLEA as a symbol of the synergy between the two law enforcement agencies.

In Abuja, about 228,740 tablets and capsules of Tramadol and Exol 5 were intercepted on Friday 1st April at Abaji area of the FCT. The truck conveying the drugs was loaded in Lagos heading to Kano. Though the truck driver escaped into the bush during the search of the vehicle, two of his assistants; Usman Abdulmumini, 23 and Aminu Ahmad, 22, were arrested.

At the Port Harcourt International Airport, PHIA, a Brazilian returnee Nnanna Anayo Michael, 39, was arrested during the inward screening of passengers on board Qatar Airline flight QR1433 from Doha to Port Harcourt on Tuesday, 29th March. Nnanna who hails from Ekwusigo, Anambra State was arrested with 73 sachets weighing 8.15 kilograms of cocaine, which is the largest seizure of such at the airport, since it began international flight operations years ago.

During preliminary interview, Nnanna said he departed Sao Paulo, Brazil on Sunday midnight en route Qatar to Port Harcourt. He claimed an unidentified person in Sao Paulo gave him six bed sheets in which the drug was concealed to deliver to another unidentified person at Port Harcourt International Airport, Omagwa. The 73 cocaine sachets were hidden in 4x1 feet factory sewn colourful bed sheets. Five of the bed sheets contain 12 sachets each, while the sixth bed sheet contains 13 sachets.

An immediate follow up operation led to the arrest of 50-year-old Monday Alaisu, who travelled from Lagos to pick the drug from Nnenna. He was arrested at the airports carpark where he was waiting to receive Nnenna with the latters photograph taken at the Brazilian airport and his international passports Data Page in his hand.

In Oyo state, 17.6kg cannabis was transferred along with a suspect, Ramon Dauda, 40, to the state command of NDLEA by the Oyo/Osun Area Command of Nigerian Customs Service, just as narcotic officers on patrol along Lagos-Ibadan expressway on Thursday 31st March intercepted a consignment of 10kg cannabis and 12.1grams of amphetamine in a commercial bus. A follow up operation in Ilesa, Osun state led to the arrest of the owner of the drug exhibits, Mrs Remi Aluko, 44.

Three drug joints were raided at Wire road, Benin City and Uromi town in Esan Central LGA where 188 pinches of Cocaine and Heroin were recovered with five suspects arrested. In another raid in Okada town, a patent medicine dealer, Harrison Odion was arrested with 70 bottles of codeine based cough syrup; 9,638 Tramadol capsules; 16,843 tablets of Exol-5; 80 tablets of Diazepam and 62 ampules of Diazepam injection. In the same vein, operatives in the state destroyed seven clusters of dry season Cannabis Sativa farms in Okpuje Forest along the banks of River Ose totalling 3.124998 hectares.

At least, seven drug dealers were arrested in raids in parts of Kano with 80 kilograms of codeine and pentazocine injection seized from them. Those picked in Rijiyar Zaki, Brigade, Yan-Kaba, Tudun Wada, Karfi, Ungogo and Nassarawa areas of the state include: Muhammad Adamu; Abba Sani; and Auwalu Muhammad, among others.

While commending the working relationship between NDLEA and other security agencies in the country, Chairman/Chief Executive of the anti-narcotic agency, Brig. Gen. Mohamed Buba Marwa (Retd) charged officers and men of the MMIA, PHIA, FCT, Edo, Oyo and Kano Commands not to rest on their oars. 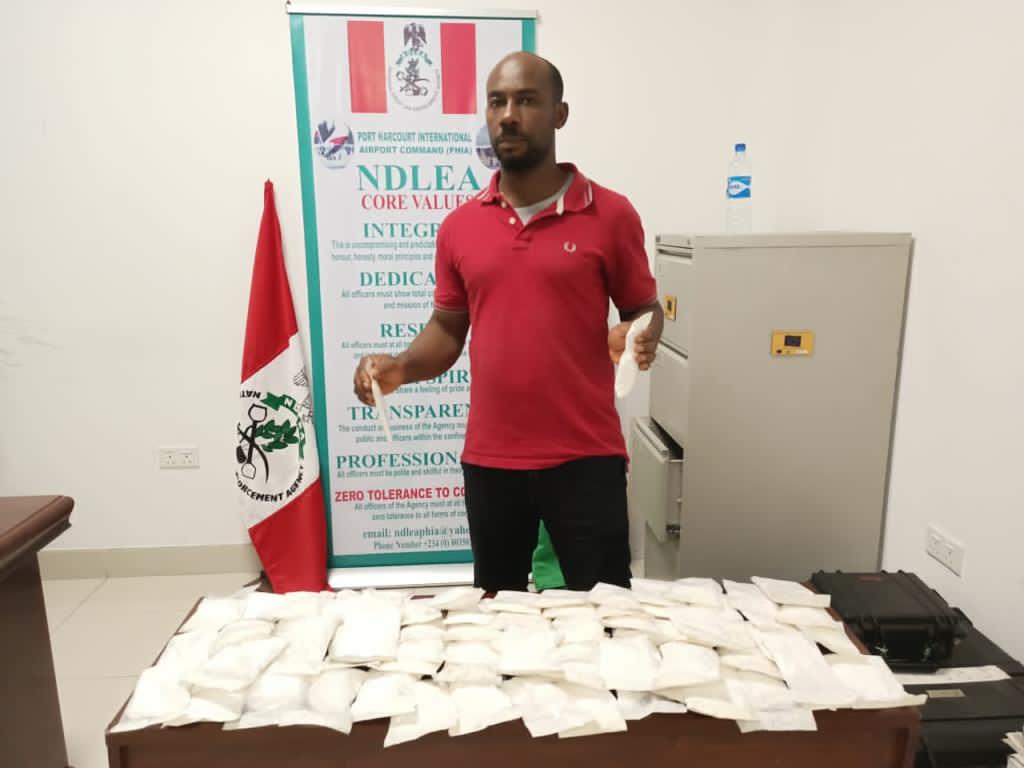 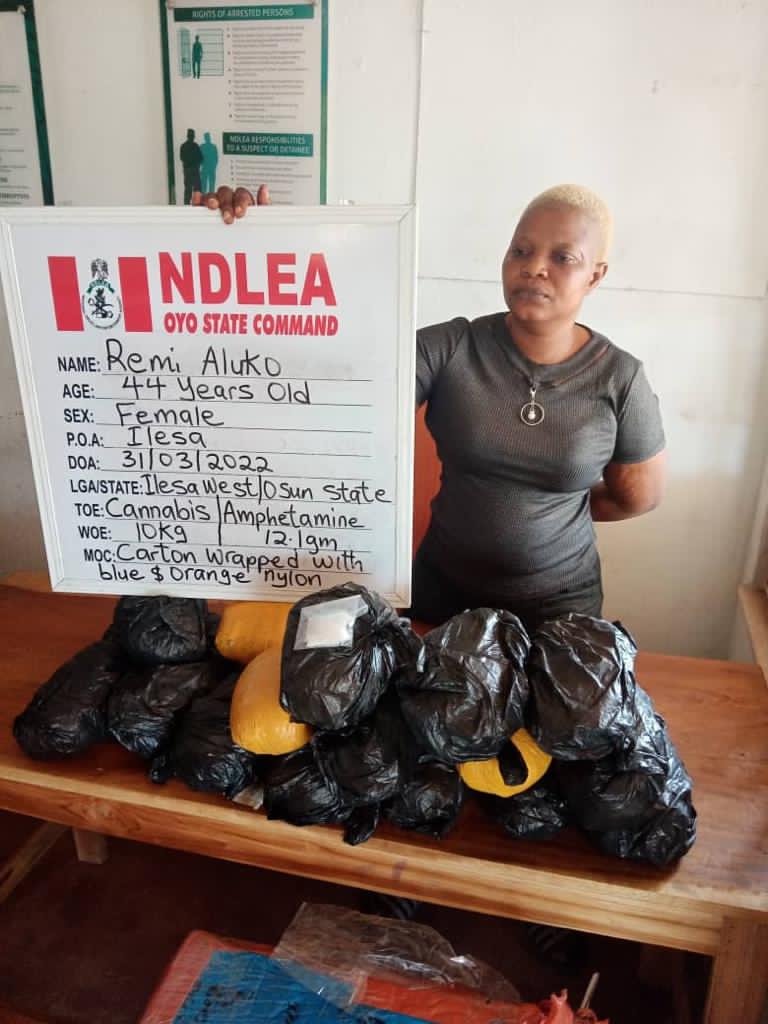 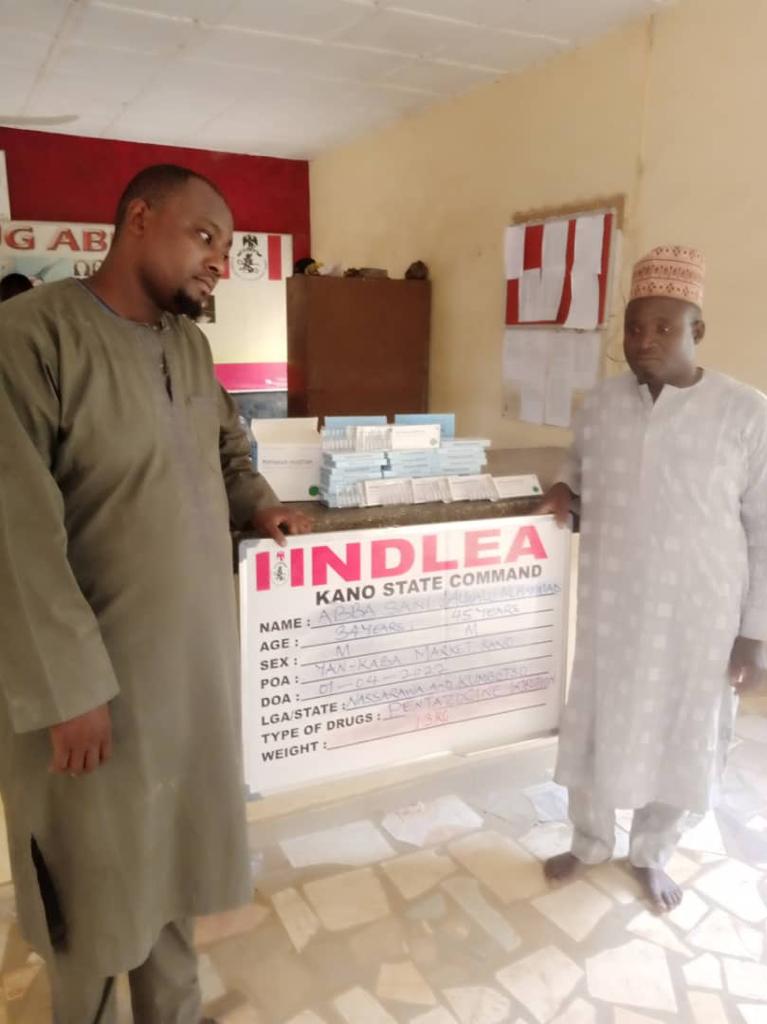 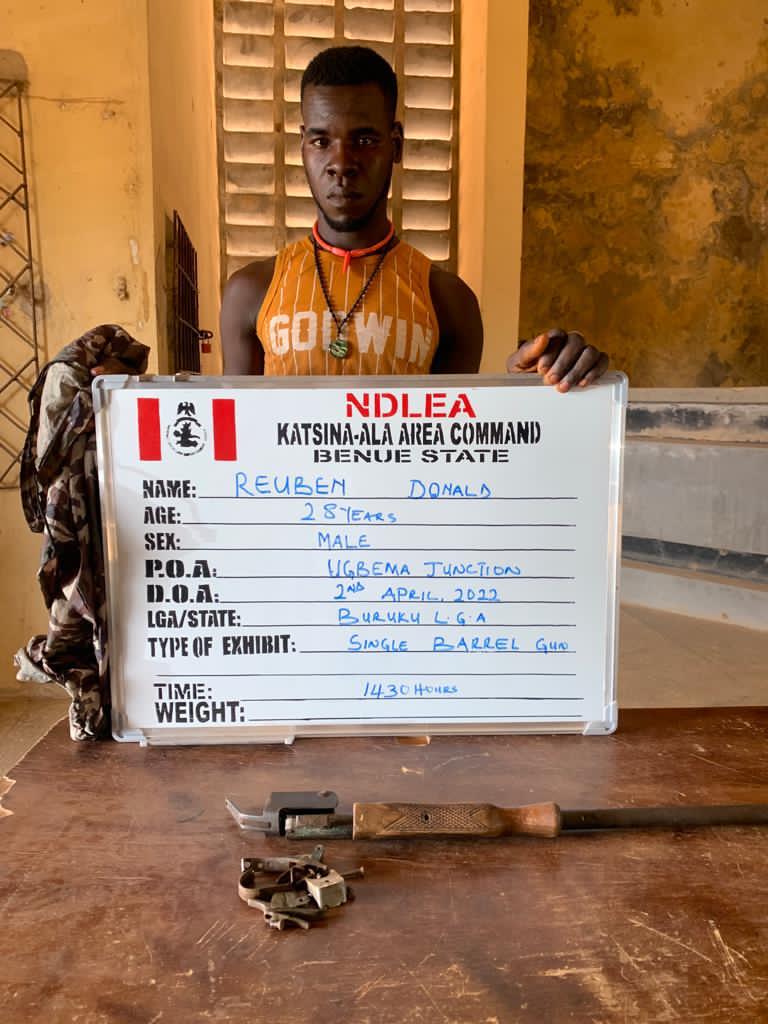