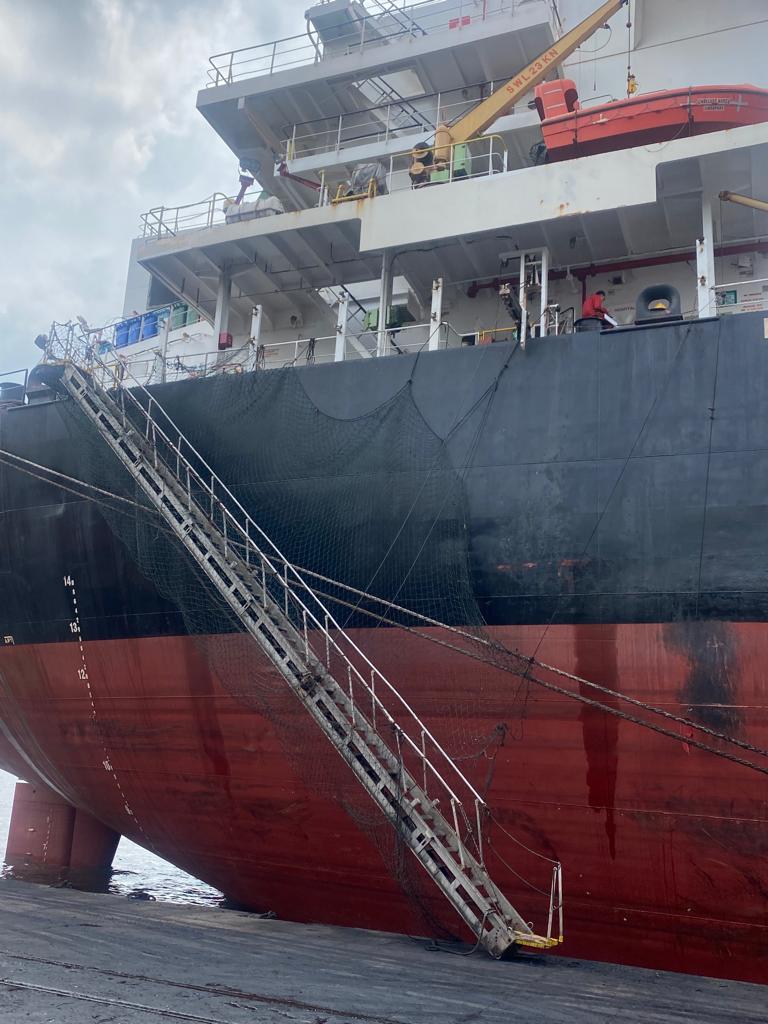 A Federal High Court in Lagos has granted the application by the National Drug Law Enforcement Agency, NDLEA, for the interim attachment of a vessel MV Cha Yanee Naree used to import 32.9 kilograms of cocaine into Nigeria through the Apapa seaport in Lagos. Beside the attachment order, the court also granted NDLEA’s request to detain the Master of the ship, Mr. Tanahan Krilerk and 21 foreign crew members as well as seven Nigerians arrested in connection to the case.

The anti-narcotic Agency had on October 13 intercepted the ship at the Apapa seaport following intelligence from international partners and support from other security forces such as the Nigerian Navy, Customs, DSS and the police. A thorough search of the ship led to the recovery of 30 parcels containing cocaine, which weighed 32.9kg.

Investigations into the seizure have been yielding more arrests of suspected local collaborators, as a result of which the Chairman/Chief Executive of the Agency, Brig. Gen. Mohamed Buba Marwa (Retd) on Tuesday 26th directed that an application to attach the ship and detain the suspects for two weeks pending conclusion of investigation and filing of criminal charges against suspects be filed in court.

The application in suit no: FHC/L/CS/1518/2021, which was filed by the agency’s Director of Prosecution and Legal Services, Joseph Nbone Sunday on Thursday 28th October was granted the following day Friday 29th October by Hon. Justice A.O. Awogboro.

According to the court ruling, “An order of interim attachment is hereby granted the Federal Government of Nigeria over the Vessel MV Cha Yanee Naree used as an instrumentality of unlawful transportation and importation of 32.9 kilograms of cocaine seized by the applicant aboard the vessel on 13th October 2021 at Apapa port pending investigation and filing of the charge and prosecution.

“An order of remand is hereby further granted to the Applicant to remand the Master of the Vessel, Mr. Tanahan Krilerk and 21 other crew members of the said Vessel and 7 other persons arrested in connection with the case for a period of fourteen days pending investigation and or filing of a criminal charge.”

The case was thereafter adjourned till 25th November, 2021 for report of investigation.