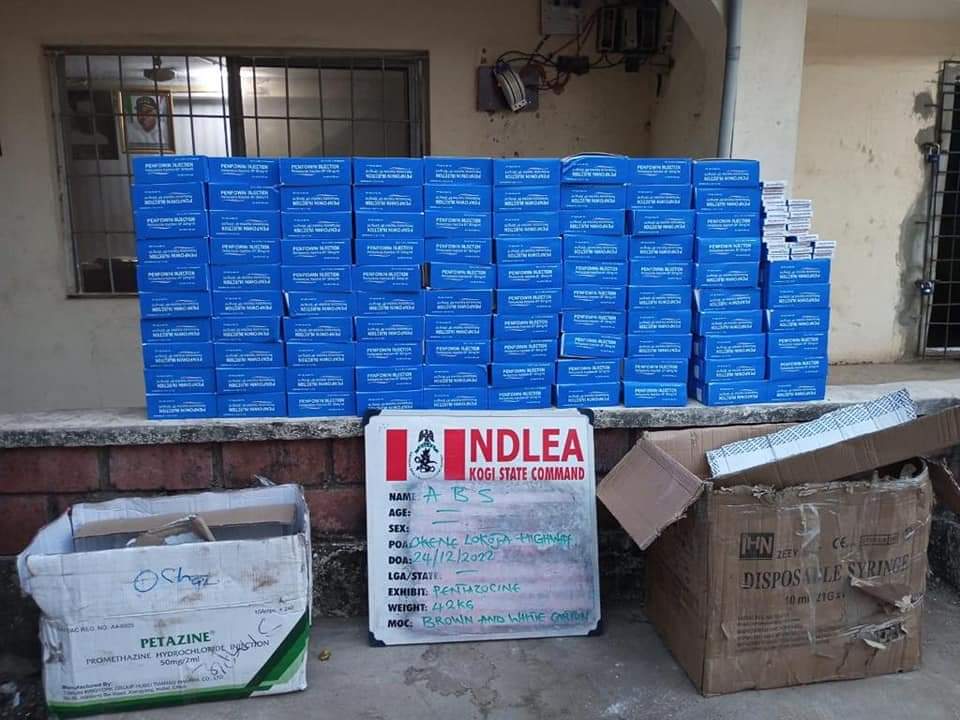 The suspect was arrested at the D arrival hall of the MMIA during inward clearance of passengers from Sao Paulo, Brazil via Doha on Qatar Airways on Monday, 25th December 2022 following credible intelligence.

An initial search of the suspects two checked in bags almost made him a free man as there was nothing incriminating found there until the NDLEA officers took a second look at the duty-free shopping nylon bags containing packs of candies he was holding in his hands.

A thorough examination of the duty-free shopping bags revealed the packs of candies inside were actually used to conceal 105 parcels of cocaine weighing 2.8 kilograms and 43 grams of cannabis.

Preliminary test conducted on a plastic bottle of body lotion also found in possession of the suspect also tested positive to cocaine with a total weight of 472 grams. Married to a Brazilian lady with a daughter, Prosper who claimed to be into clothing business in Brazil was hoping to sell the drug in Enugu, his state.

Meanwhile, three other traffickers were arrested by operatives with a total of 256 kilograms of illicit substances seized from them during interdiction operations in Kwara, Kogi and Niger state in the past week.

While a team of NDLEA officers on stop and search duty along Ilorin- Jebba highway on Monday 26th Dec arrested a suspect, Idris Saeed, 19, with 60 blocks of compressed cannabis sativa weighing 30kgs, their colleagues in Niger state on similar operation along Jebba-Mokwa road also recovered 240 blocks of the same substance weighing 168 kilograms, from multi-colour sacks loaded in a Peugeot J5 bus, with registration number MAG 146 XA, coming from Lagos and going to Kano for delivery.

In Kogi state, operatives intercepted a truck coming from Onitsha, Anambra state to Maiduguri, Borno along Okene-Abuja highway where 9,900 ampoules of pentazocine injection (42kgs) were recovered on Saturday 24th Dec. In the same vein, a suspect, Ibrahim Jibril, 20, was arrested on the same route with 40 blocks of cannabis sativa weighing 16kgs coming from Lagos to Jigawa in a Toyota Hiace commercial bus on Tuesday 27th Dec.

While commending the officers and men of the MMIA, Kwara, Kogi and Niger state Commands for the arrests and seizures, Chairman/Chief Executive Officer of NDLEA, Brig. Gen. Mohamed Buba Marwa (Retd) CON, OFR urged them along with their compatriots across the country to step up their offensive action against drug cartels in the new year with equal focus on drug demand reduction efforts. 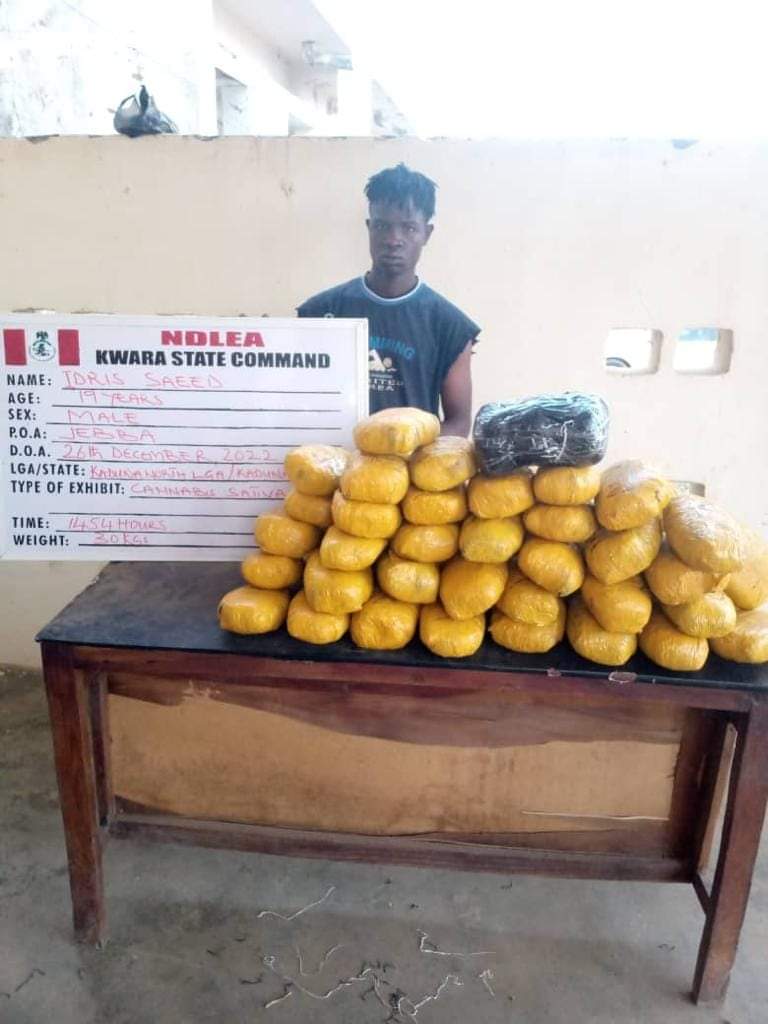 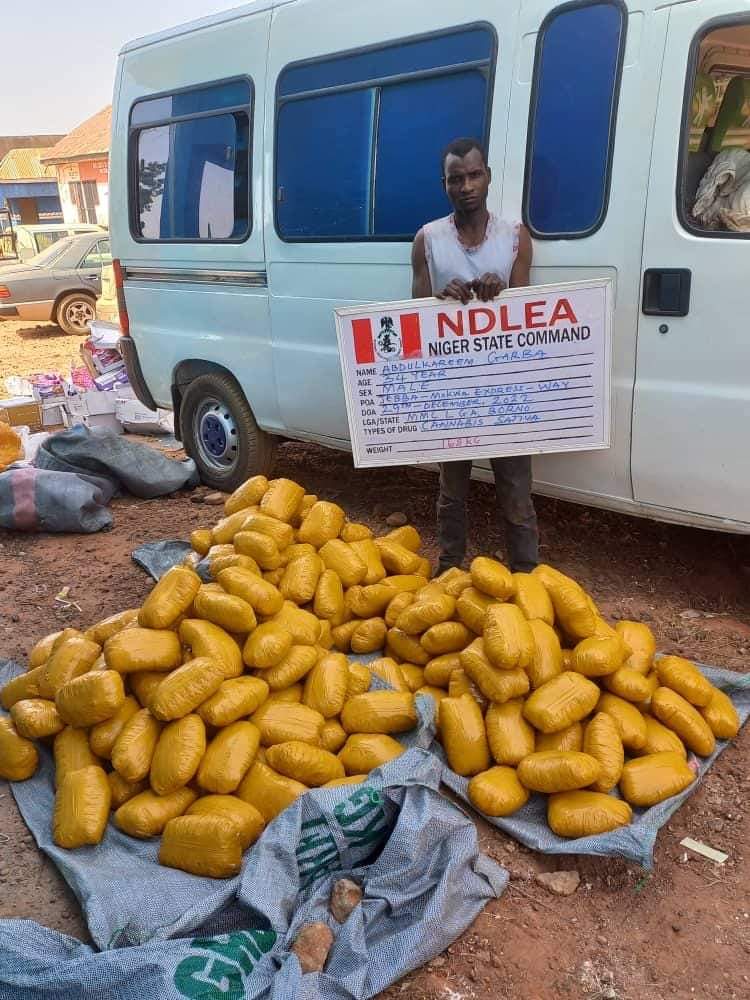 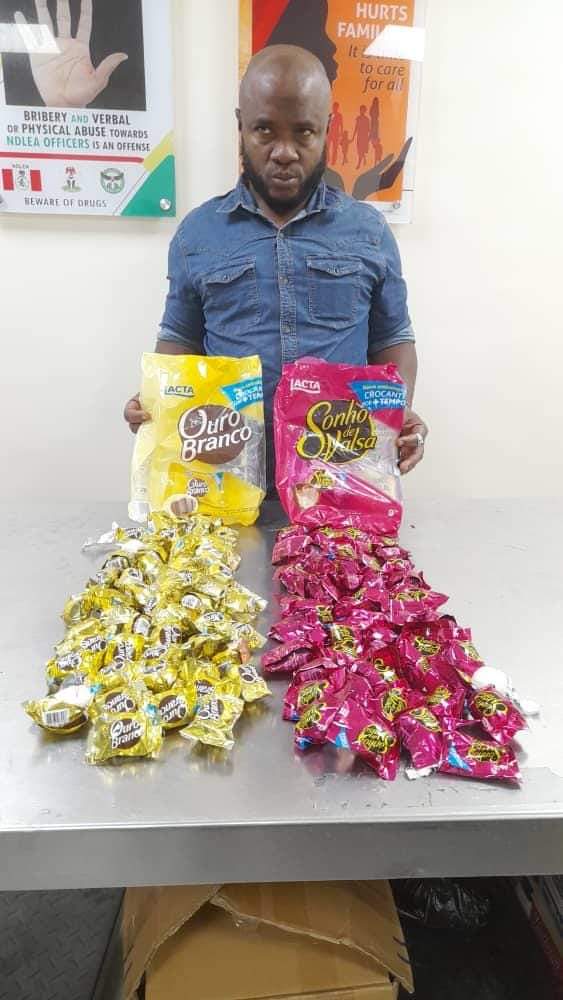