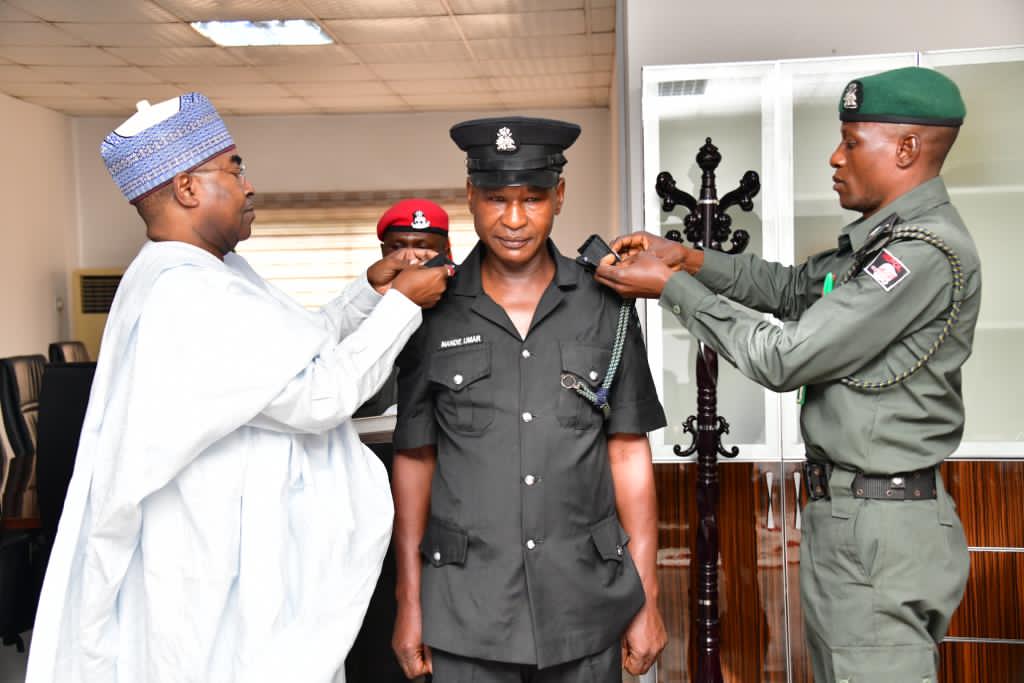 Chairman/Chief Executive of the National Drug Law Enforcement Agency, NDLEA, Brig. Gen. Mohamed Buba Marwa (Retd) has commended the Inspector General of Police, IGP Usman Alkali Baba for his willingness to strengthen the working relationship between the anti-narcotic agency y and the police.

Marwa gave the commendation on Tuesday 14th June while decorating one of the newly promoted police officers attached to his office, Assistant Superintendent of Police Mande Umar with his new rank as ASP11.

He said the recent promotion of over 21,039 junior cadre policemen shows the commitment of IGP Baba to boost the morale of the Forces rank and file as well as enhancing the performance of the police.

While also commending the speed with which the Police Service Commission headed by a former IGP, Alhaji Musiliu Smith has been working with the Police to strengthen the Force, Marwa said the IGP is not only working relentlessly to make the police better, he has also been supportive of our work in NDLEA. Its on record that he recently signed a clear letter to all police commands and formations to support and cooperate with the NDLEA.

Thats why you will see police commands transferring all drug related cases to NDLEA without delay and whenever our men come under attack, they are always ready to give a helping hand. That is commendable and I give IGP Baba credit for that.

He said all issues he had taken to the IGP and the Smith-led PSC have been promptly treated. He urged Umar who was recently promoted from Police Inspector to ASP11 to see the elevation as an encouragement to work harder.