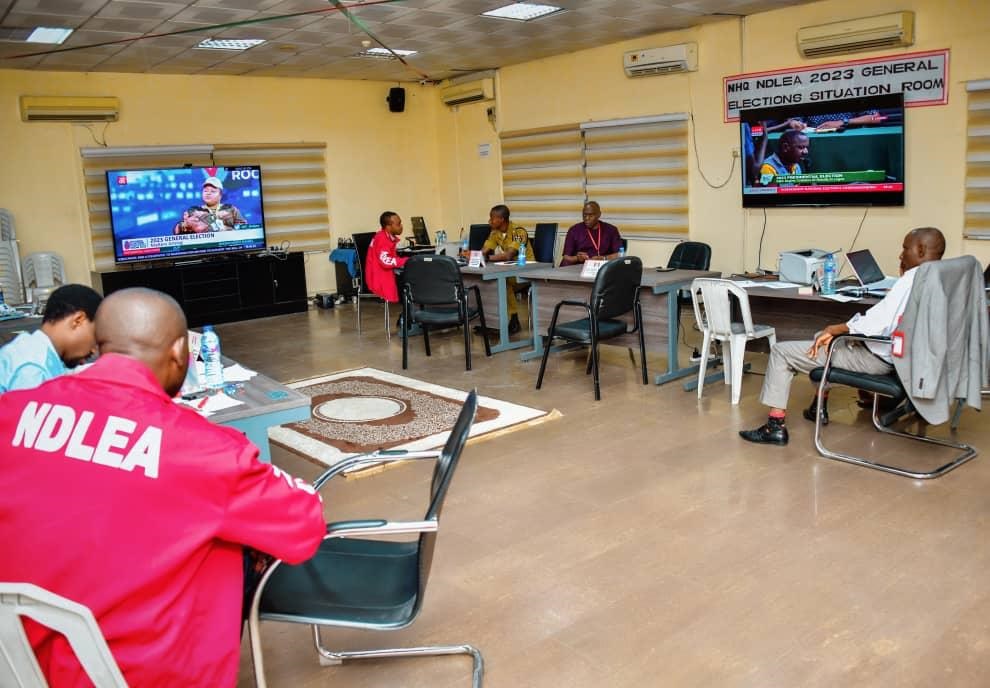 Chairman/Chief Executive of the National Drug Law Enforcement Agency, NDLEA, Brig. Gen. Mohamed Buba Marwa (Retd) has asked all tertiary institutions in Nigeria to make drug integrity test an institutional policy for both new and returning students as part of efforts to fight the menace of drug abuse among Nigerian youths.
Gen. Marwa who made the call at the University of Abuja while launching the ‘drug free university campaign’ on Wednesday 9th February, 2022 also called for a partnership between the NDLEA and the university system that will allow the agency set up outposts on campuses to further strengthen the authorities in fighting the scourge.
According to him, “Part of the measures to reduce drug use in the university is the proposed introduction of the Drug Integrity Test for both new and returning students. The Drug Integrity Test is anticipated to metamorphose into an anti-drug policy for all higher institutions of learning in Nigeria. It is expected that the University of Abuja, being the “University of National Unity”, will be the first public university in Nigeria to adopt the Drug Integrity Test for fresh and returning students of the institution. The Drug Integrity Test is not a punitive measure; rather it is an early detection tool to ascertain an individual’s drug use status for appropriate intervention, and timely treatment and care. This will also entail that the university will develop a drug policy and make such available to each student. Equally important is the need to create an NDLEA outpost on the campus where we’ll deploy our men to assist the authorities, deter drug dealers and users within the university.”
While commending the management of the University of Abuja for collaborating with NDLEA to organise the launch, he said “the theme, ‘Drug-Free University and Tertiary Institutions,’ is apt and timely as there is no better time than now to combat the drug challenge in the university community and among students.
He said the menace of drug use in the country is of worrisome dimension, especially among the youth population.
“The truth on ground indicates that our society needs to do more. The National Drug Use and Health Survey of 2018 showed that Nigeria has a peculiar drug use prevalence. And it is instructive and worrisome to know that drug use was common among those aged 25-39 years, while the age of initiation was 22 years for heroin and 19 years for cannabis. Note that these age groups comprised of young people who are either in secondary or tertiary institutions or are on the cusp of graduation. To simplify the report of the survey: young people are overwhelmingly the majority of drug abusers in Nigeria. That is a jolting reality because youths are the building blocks of every developed nation and anything that affects the youth population affects the nation. The youth population constitutes the country’s workforce and the stronger the youth of a country, the more developed that country would be. One, then, wonders what will become of Nigeria with about 70% youth population, if the future of its youths is ravaged by drugs.

“To aggressively reverse the trend, His Excellency, Muhammadu Buhari, the President of the Federal Republic of Nigeria and Commander-In-Chief of the Armed Forces, GCFR, launched the War Against Drug Abuse (WADA) campaign on 26th June 2021 to commemorate the United Nations International Day Against Drug Abuse and Illicit Drug Trafficking. The goal of WADA is to mobilize all Nigerians, especially the youth population, for active participation in the process of ridding our society of the drug menace. As one of the worst-hit age groups by the drug menace, Nigerian youths are critical stakeholders to the attainment of the laudable goals of WADA. Since the launch of WADA, the Agency has initiated evidence-based prevention activities, which include focused advocacy, drug awareness campaign, sensitization, treatment and care of People Who Use Drugs (PWUD). We have launched a renewed campaign and intensive sensitization, targeting youths in schools at all levels as well as youths out of school”, he stated.
The NDLEA boss added that “Some years ago, the Agency opted to address the drug problem among youths by setting up in schools the Drug Free Clubs. The pervasiveness and magnitude of the drug use problem has necessitated the change in the name of the club from Drug Free Club to War Against Drug Abuse Club―WADA Club for short―to inject a renewed vibe and vigour into the club and its members.” He said the essence of the event was to officially launch the WADA Club in the University of Abuja and to formally inaugurate the War Against Drug Abuse Ambassadors (WADA Ambassadors) among the staff of the institution. He charged the students in the spirit of true patriotism to desire and work towards a country devoid of drugs and its attendant consequences.
Others who spoke at the ceremony include representatives of the Minister of Education, National Universities Commission, and the Vice Chancellor, Prof. Abdul-Rasheed Na’allah. They commended the collaboration between NDLEA and the university as part of renewed efforts to stamp out the problem of drug abuse in the country. 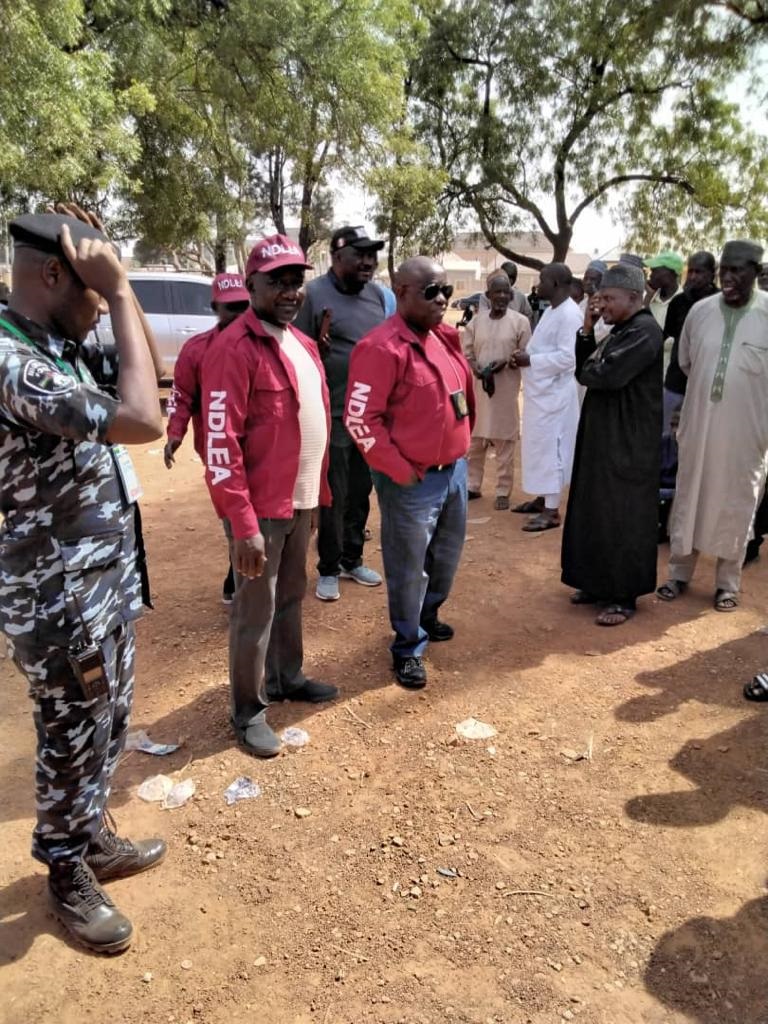 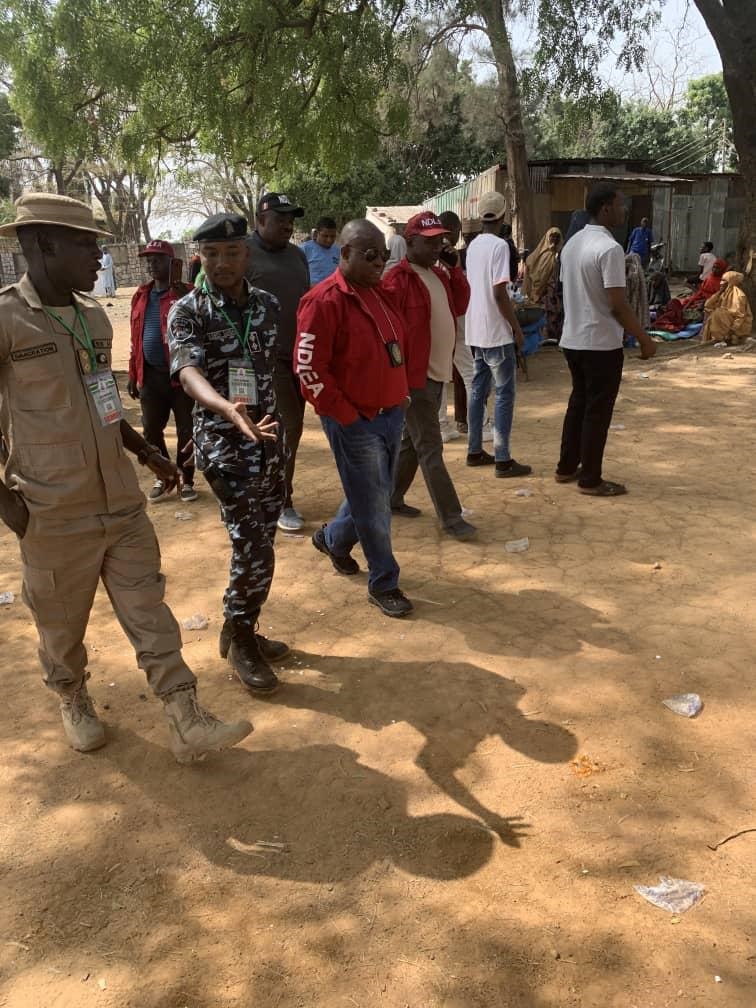