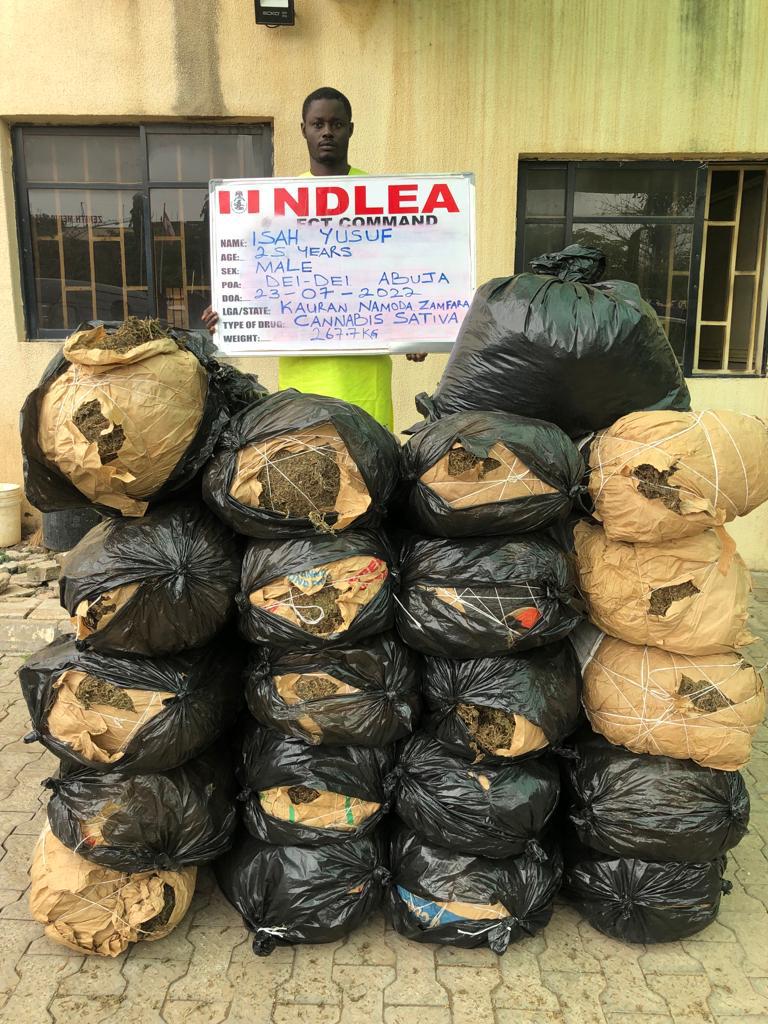 The streaks of arrests and seizures began on Sunday 17th July when a 52-year-old father of three, Okwo Paul Okechukwu, was arrested upon his arrival from Addis Ababa, Ethiopia via an Ethiopian airline flight at the Abuja airport for ingesting 76 pellets of cocaine.

During preliminary interview, Okechukwu who hails from Enugu Ezike, Igbo Eze LGA, Enugu state, said he was into selling womens wigs and hair attachment before veering into the drug trade. He has since completed excreting all the 76 wraps of the drug he swallowed while under observation at the Agencys facility in Abuja.

In the same vein, another father of three, Lawrence Chijioke, 42, was arrested at the Abuja airport same day in an operational synergy between NDLEA and Nigeria Customs Service at the NAIA. Chijioke, who hails from Umuahia in Umuahia LGA, Abia state was arrested during an inward clearance of Ethiopian Airline flight from Addis Ababa with 529 pellets of cocaine weighing 11.70kg concealed in his bag. In his statement to anti-narcotic officers, he claimed he was promised N2 million, which he planned to use to boost his business, upon successful delivery of the cocaine consignment in Abuja.

NDLEA operatives also on Saturday 23rd July arrested 29-year-old Ms. Onuorah Caritas Onyinye at the Enugu airport upon arrival on Ethiopian airline flight from Addis Ababa. A search of her luggage led to the discovery of 2.192kilograms of cocaine concealed in two designers women handbags with false linings.

Attempts by drug traffickers to export different illicit drugs through the NAHCO export shed at the Lagos airport to Europe and United Arab Emirate were also frustrated by officers and men of the Agency. The operatives on Monday 18th July intercepted some illicit substances concealed in a consolidated cargo going to Dubai, UAE.

Apart from 24 parcels of Loud, a variant of cannabis, which is largely grown in the United States and Canada, other substances recovered from the cargo include a precursor for methamphetamine, BMK glycidic acid; tablets of designer drug MDMA and another five parcels of cannabis.

No fewer than four freight agents were arrested in connection with the seizure. They include: Balogun Adesola Olamilekan; Sulaimon Kaosarat Yetunde; Benjamin Christopher Joel; and Omoniyi Ibukun Abraham;

Also same day, Monday 18th July, the bid by an Italy-bound passenger Tony Osas to export 10, 250 tablets of Tramadol 255mg to Europe through the Lagos airport was foiled by NDLEA operatives who intercepted him at gate B departure hall during outward clearance of passengers on a Turkish airline flight to Milan.

During a search of his luggage, Osas who hails from Ovia South - West Local Government Area of Edo State was found with the illicit substance that weighed 5.70kg concealed inside gari, a local cassava product tucked in his black handbag.

In Kaduna, a driver Jamilu Lawal, was arrested on Sunday 17th July along Abuja-Kaduna express road, with 157,000 tablets of Diazepam weighing 37.5kg. A follow up operation same day led to the arrest of the actual owner of the consignment, Abubakar Isiyaku, in Katsina. Another suspect, Isah Mohammed, was equally arrested same day in Kano during a follow up operation, after the interception of his consignment, 2,500kg rubber solution (solvent) locally called Shalisha in Kaduna.

In Abuja, no fewer than four persons were arrested over 345.4kg cannabis seizures in the FCT. While Mohammed Auwal, 37; Godspower John, 34, and Chukwuma Odeh, 35, were arrested in Jabi Park over a 77.7kg drug consignment on Monday 18th July, Isah Yusuf, 25, who hails from Kaura Namoda LGA, Zamfara State, was nabbed with 267.7kg cannabis when operatives raided DeiDei area of the FCT on Saturday 23rd July.

In Sokoto, operatives on stop and search operation along Gusau-Sokoto road arrested one Tochukwu Joseph Oranusi with 20,100 tabs of Rohypnol inside a commercial bus coming from Onitsha, Anambra state. Bottles of Codeine Syrup weighing 15.2 litres and 400grams of Rohypnol tabs whose owner, Buhari Sambo was later arrested, were also recovered from the vehicle.

In Anambra, a suspect Azubuike Ogbanu was arrested with 76 cups of Arizona, 172 sachets of skunk, 82 pinches of methamphetamine, 20 sachets of Loud, and 10 wraps of Colorado when his base, Loren hostel, Ifite, Awka, was raided by operatives on Thursday 21st July.

While commending the officers and men of the MMIA, NAIA, AIIA, Kaduna, Sokoto, FCT and Anambra Commands for the arrests, seizures and their tenacity, Chairman/Chief Executive Officer of NDLEA, Brig. Gen. Mohamed Buba Marwa (Retd) urged them and their colleagues across the country to remain steadfast in pursuit of the Agencys goal of ridding all parts of Nigeria of illicit substances. 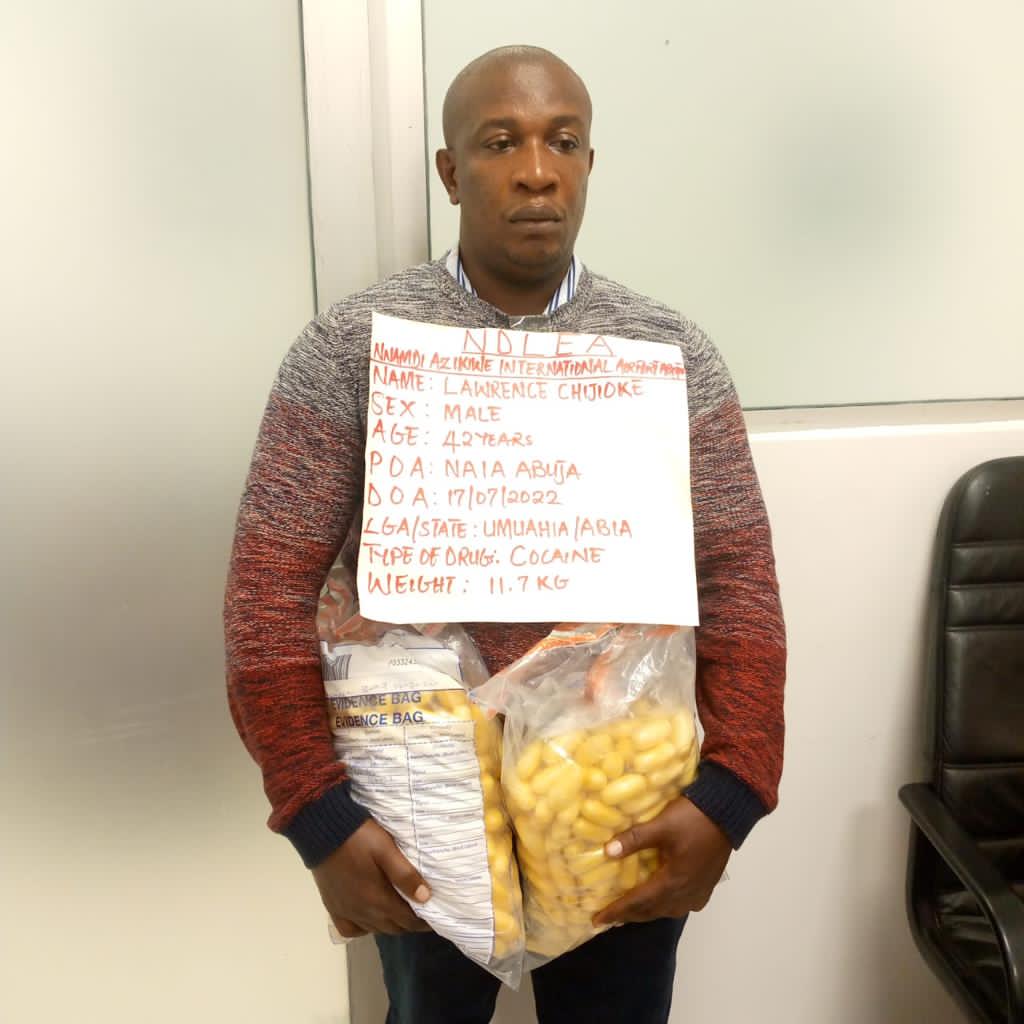 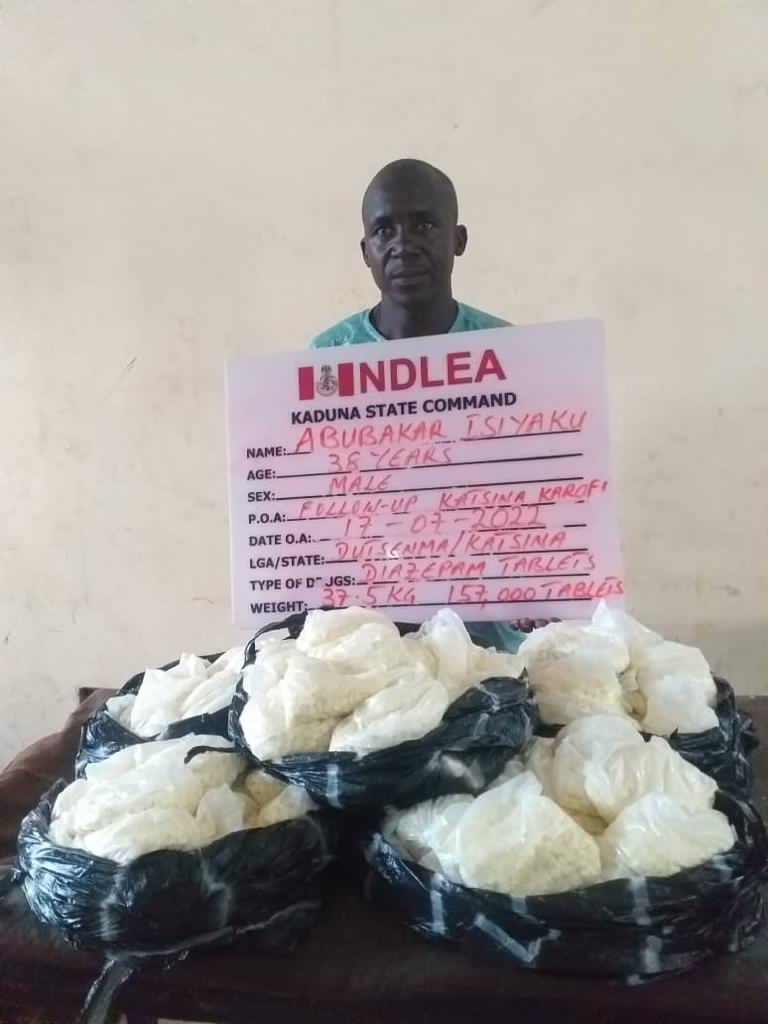 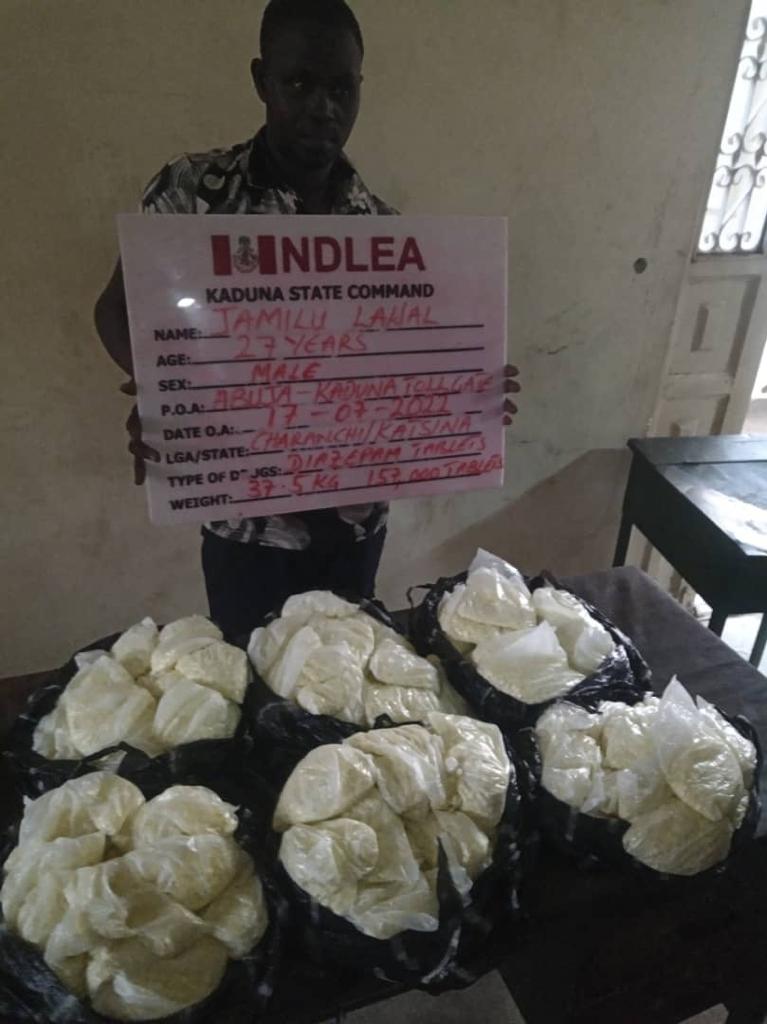 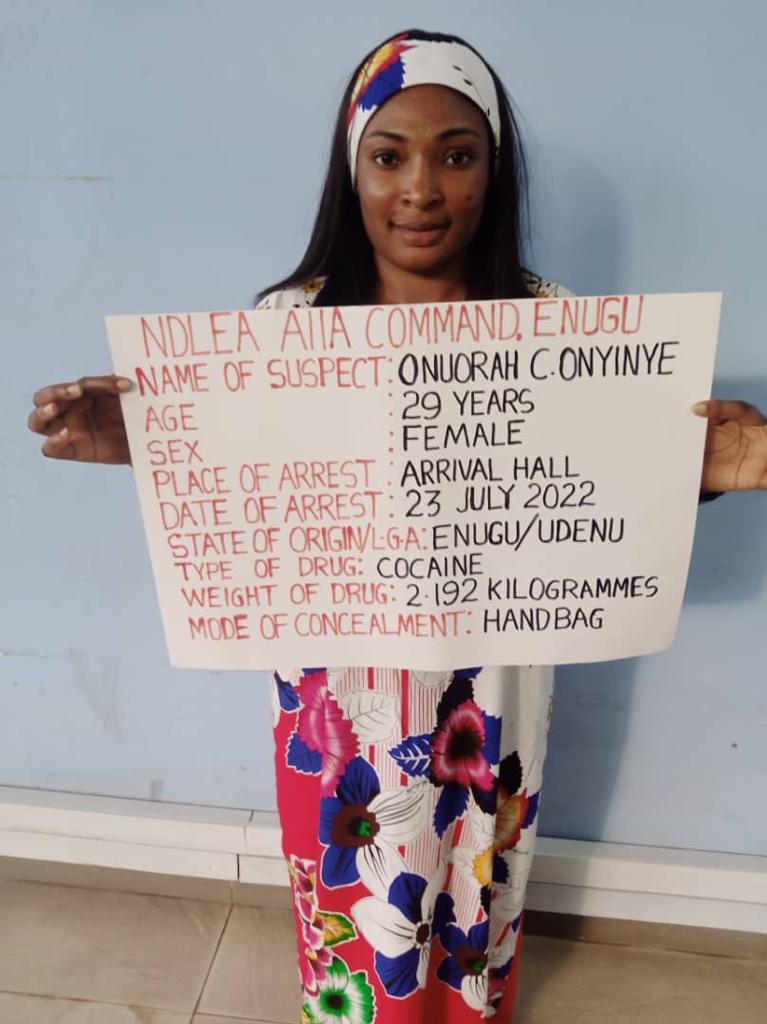