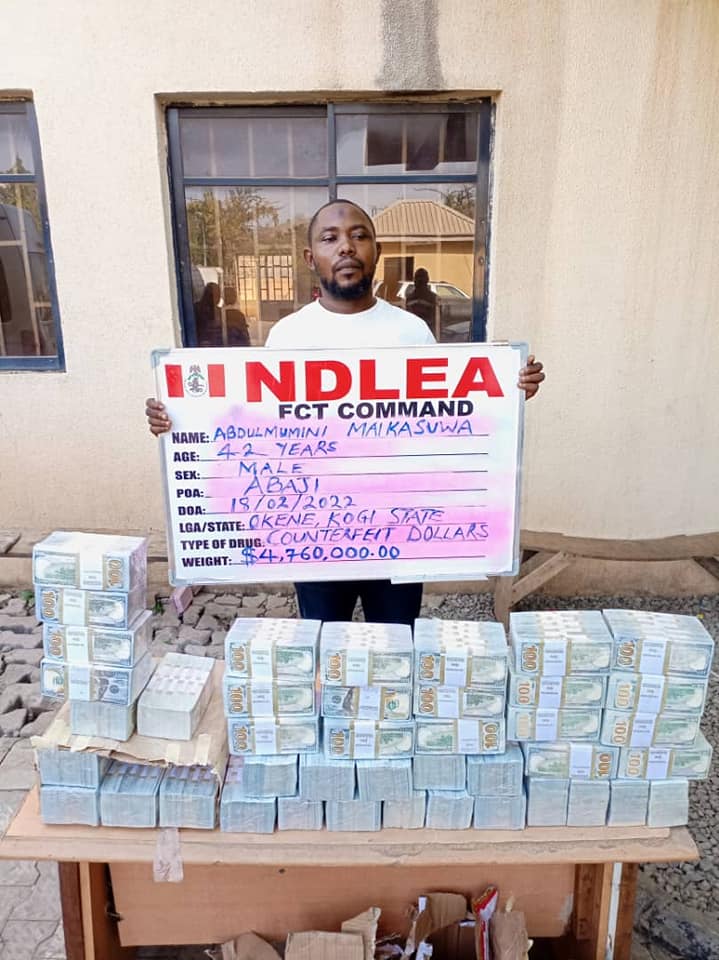 Operatives of the National Drug Law Enforcement Agency, NDLEA, have foiled attempt by a syndicate to steal at least N2.7 billion from the Nigerian economy by pushing into circulation fake $4.7 million cash.

The operatives had in the early hours of Friday 18th February 2022 intercepted a consignment sent from Lagos to Abuja at Abaji area of the Federal Capital Territory. A controlled delivery of the parcelled counterfeit US dollars totalling $4, 760, 000.00 led to the arrest of a principal suspect, 52-year-old Abdulmumini Maikasuwa.

The seizure followed intelligence received by the FCT Command of the Agency detailing the movement of the cash and the vehicle conveying it. Meanwhile, Chairman/Chief Executive of NDLEA, Brig. Gen. Mohamed Buba Marwa (Retd) has directed that both the cash and the suspect in custody be transferred to the Economic and Financial Crimes Commission, EFCC, for further investigation.

In Kwara state, barely three weeks after a nursing mother, Mrs. Rashidat Adebayo, 38, was granted administrative bail following her arrest for dealing in illicit drugs, operatives have again arrested her in Offa with assorted drugs such as Tramadol, Swinol, Diazepam and Pentazocine injection ampules.

Before her latest arrest on Thursday 17th February, the nursing mother had been arrested and granted bail on 24th January 2022 for dealing in similar drugs.

In the same vein, NDLEA officers have arrested two drug dealers: Sani Isa (aka Bilaz) and Bala Yerima in Hong, Adamawa state with 239 blocks of cannabis sativa weighing 209kg, just as operatives of the Bauchi state Command have intercepted a truck marked FFF 422 XB coming from Lagos to Maiduguri, at Azare, Bauchi. A total of 164.8kg of cannabis sativa concealed in peak milk cartons was recovered from the truck.

The NDLEA Chief Executive has commended the officers and men of the FCT Command for their vigilance and preventing counterfeit $4.7 million from going into the streets. He charged them and their counterparts in Adamawa, Kwara, Bauchi and others across the country not to rest on their oars. 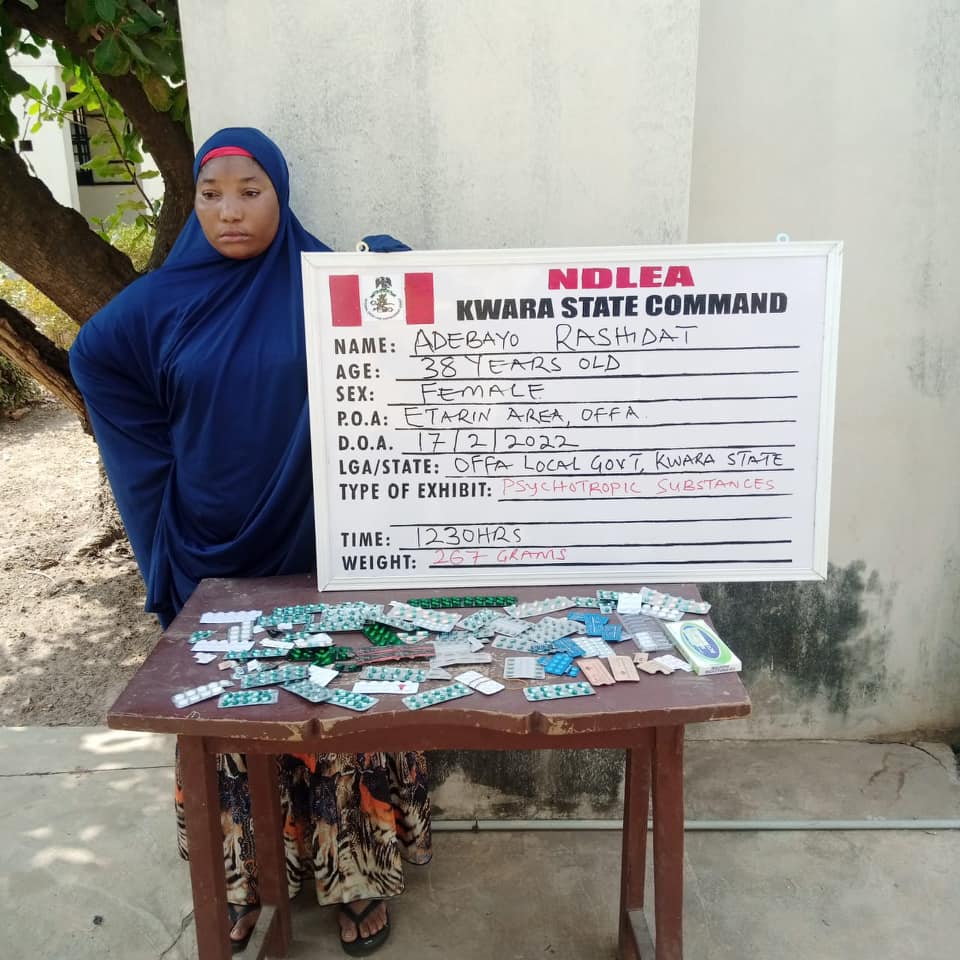 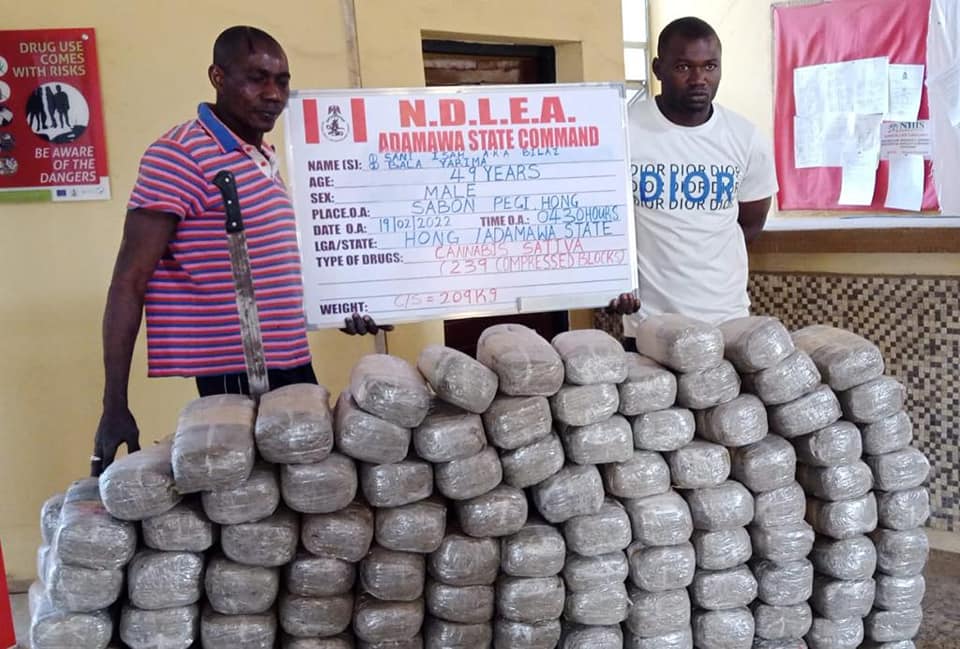 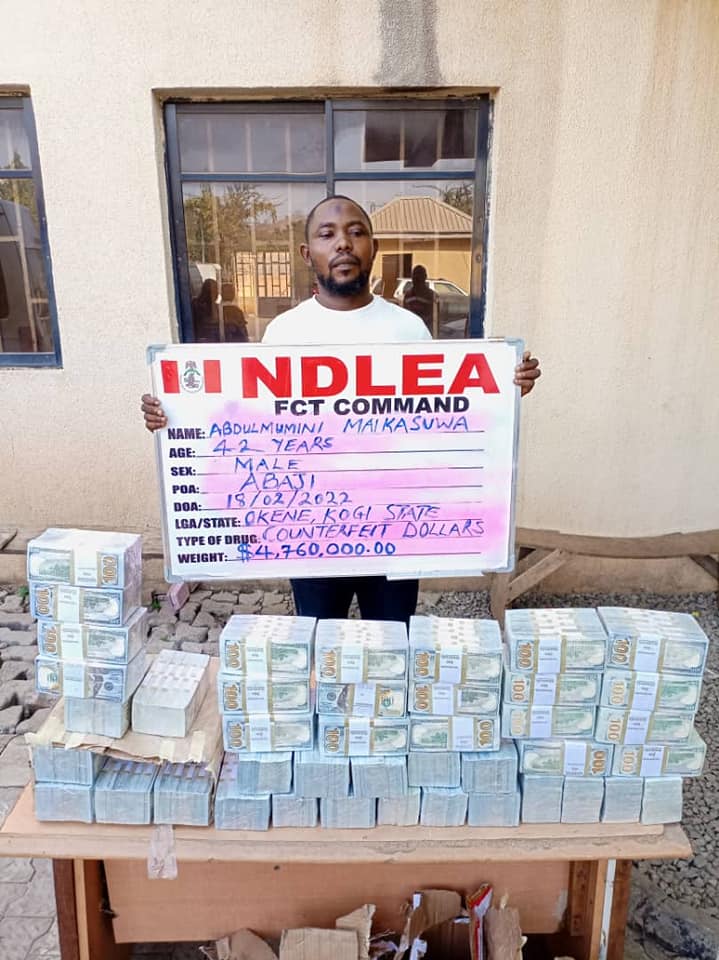 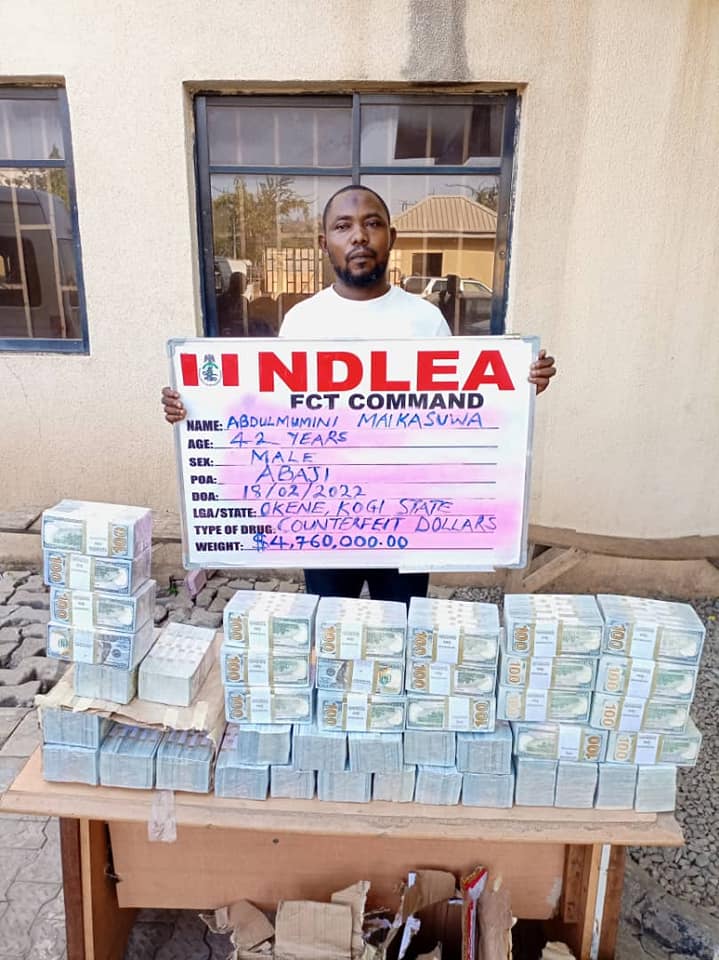