A pregnant woman, a nursing mother and a 200-level university student were among 28 persons arrested with 9,437.6 kilograms of cannabis and 138,053 tablets of pharmaceutical opioids among others by operatives of the National Drug Law Enforcement Agency, NDLEA during interdiction operations across 12 states: Yobe, Ondo, Edo, Rivers, Akwa Ibom, Imo, Jigawa, Kogi, Adamawa, Kaduna, Kwara, Lagos and the Federal Capital Territory, Abuja.

In the FCT, operatives on Saturday 15th October stormed a village known as Chukuku, which is about 10 kilometers from Gwagwalada where they raided a large cannabis warehouse. A total of 510 jumbo bags of the illicit substance weighing 5, 640kgs were recovered from the store and a nursing mother in charge, Saadatu Abdullahi, 35, was arrested.

In Yobe, while operatives intercepted 48kgs of cannabis in Buni Yadi, they also raided a location in Potiskum where they recovered 56 blocks (31kgs) from two suspects: Mohammed Mamuda and a married pregnant woman, Hauwa Haruna.

At least, 99 bags of cannabis and three bags of its seeds weighing 1,286kgs were seized on Thursday 13th Oct when operatives raided a location in Ogbese area of Ondo state, while another raid at Umukpe forest in Uhunmonde council area of Edo state led to the seizure of 410kgs of the same substance in addition to a motorcycle, two dane guns and the arrest of two suspects: Numga Anim, 30, and Friday Ebije, 50. Not less than 50 bags of C/S weighing 623kgs were also recovered at Ekpom village in Igueben LGA with the arrest of the owner, Lucky Henry, 30, while another suspect, Ndidi Esegine, 52, was nabbed at Ugbodo forest, Ovia North East LGA with 266.8kgs C/S on Tuesday 11th Oct. Two days later, operatives stormed Uzebba forest in Owan West LGA to destroy four cannabis farms where two suspects: Ezekiel Raphael and Gideon Bassey were arrested with a total of 223.5kgs processed C/S recovered.

A stop and search operation along the East/West road, in Ahoada area of Rivers state has led to the recovery of 251.4kgs of C/S in a gold colour Toyota Sienna bus with Reg No - Abuja YAB 70 BR, and a suspect, Segun Ajayi arrested, while 161.4kgs were equally recovered, from an ash colour Toyota Camry saloon car with Reg No- Abuja RBC 590 BQ.

In Akwa Ibom state, attempt by a trans-border trafficker, Edet Osu James, 44, to export 2.4kgs cocaine concealed in two large tins of powdered milk to Cameroon was foiled by officers of the Marine unit of the Agency on Thursday 13th Oct during an outward clearance of vessels going to Cameroon from Oron. In Imo state, no fewer than 10,690 pills of tramadol were intercepted during stop and search operations along Owerri-Onitsha road with three suspects: Saadu Usman; Godwin Emeka and Emeka Obijihe arrested in follow-up efforts on Thursday 13th Oct. Interestingly, Emeka Obijihe was already standing trial for a similar offence for which he was arrested on 9th May 2022 and was on court bail when he was arrested again last Thursday for trafficking 6.5kgs of tramadol.

In Jigawa state, operatives recovered 67,300 pills of exol-5 and tramadol at Dansure/Roni junction while in Kogi state, a total of 46,100 pills of the same opioids were seized along Okene-Abuja highway both on Thursday 13th Oct. At least, six suspects were arrested at a notorious drug location in Ngurore town, Adamawa state with a total of 495kgs cannabis seized in addition to different quantities of opioids. Suspects arrested include: Chidi Titus; Vincent Donatus; Badishi Bitrus; Abubakar Inuwa; Abdul A. Abdul and Inuwa Ado Isa.

At least, 5,480 pills of tramadol were seized from two suspects: Dalhatu Salisu and Hamisu Ishaq, who were arrested on Wednesday 12th October by operatives along Abuja-Kaduna express road, while a total of 3,800 bottles of new psychoactive substance, Akuskura and 7,760 tablets of tramadol were recovered from five suspects along Ilorin-Jebba highway. Four of the suspects: Idris Nadir, 38; Suleiman Mubammed, 68; Babangida Zaki, 30 and Yahaya Lawal claimed they were coming from Ibadan, Oyo state and taking the Akuskura to Katsina, Kano and Birnin Kebbi. The fifth suspect, Nafiu Idris, who was arrested with the tramadol pills said he was taking them to Kankara in Katsina state.

Nine Ghanaians arrested for attempting to smuggle 10,843.95kgs cannabis into Nigeria through the sea were on Friday 14th Oct convicted and sentenced to 72 years imprisonment. They were initially arrested by men of the Civil Defence Corps and transferred to NDLEA for further investigation and prosecution. At the conclusion of investigations, they were arraigned in charge number FHC/L/292C/2021. Delivering his ruling in the matter on Friday, Justice Akintayo Aluko of the Federal High Court, Lagos convicted the Ghanaians of conspiracy and dealing in cannabis and thereafter sentenced each of them to eight years in prison. The convicts include: Victor Wuddah; Freeman Gazul; Adotete Joseph; Sottie Moses; Sottie Stephen; Christian Tette; Kanu Okonipa; Daniel Koyepti; and Kanu Natte.

While commending the officers and men of Yobe, MMIA, Ondo, Edo, Rivers, Akwa Ibom, Imo, Jigawa, Kogi, Adamawa, Kaduna, Kwara, Lagos and FCT Commands of the anti-narcotics Agency for their efforts at drug supply reduction and drug demand reduction, its Chairman/Chief Executive, Brig. Gen. Mohamed Buba Marwa (Retd), CON, OFR, charged them and their counterparts across other commands not to rest on their oars. 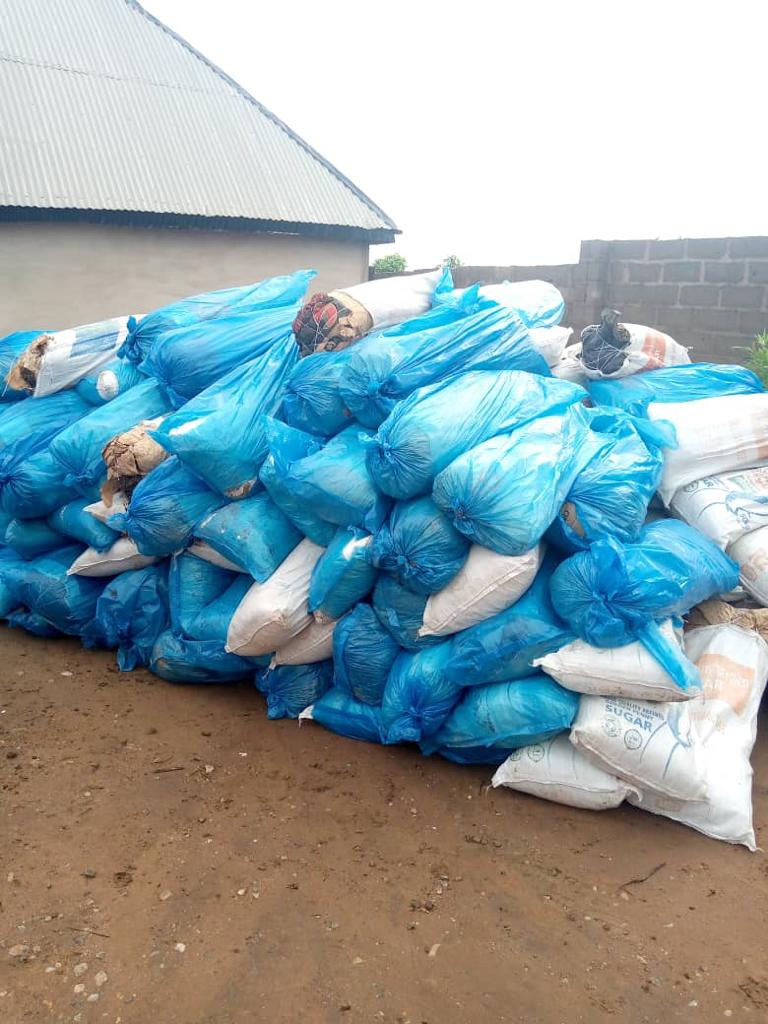 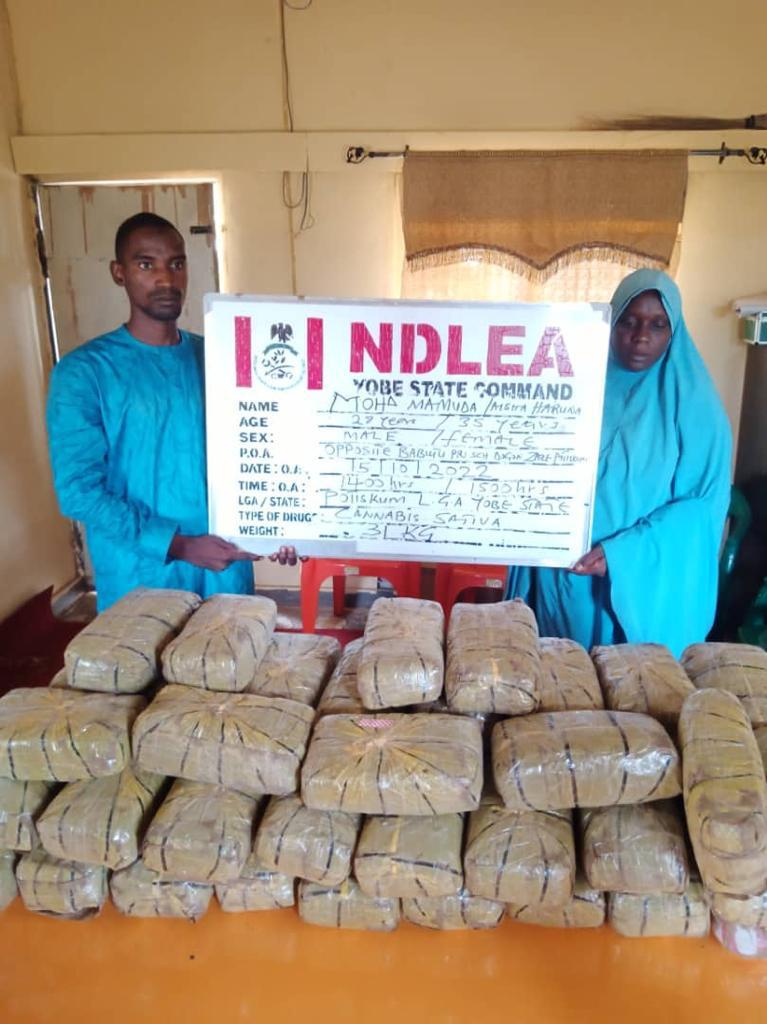 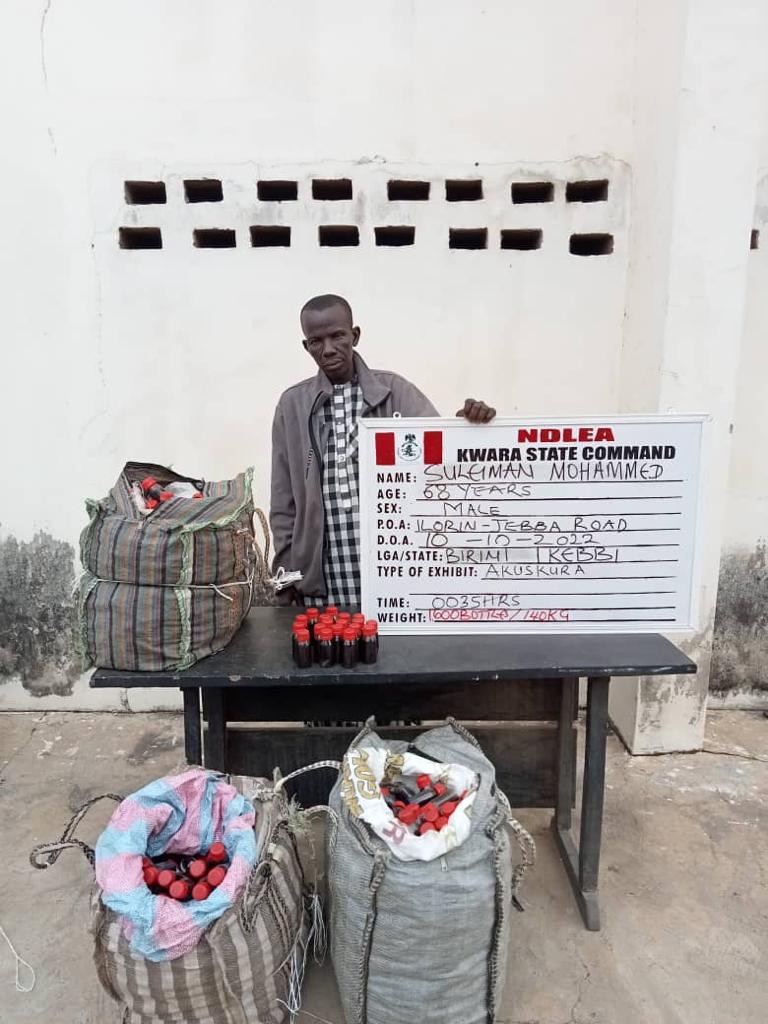