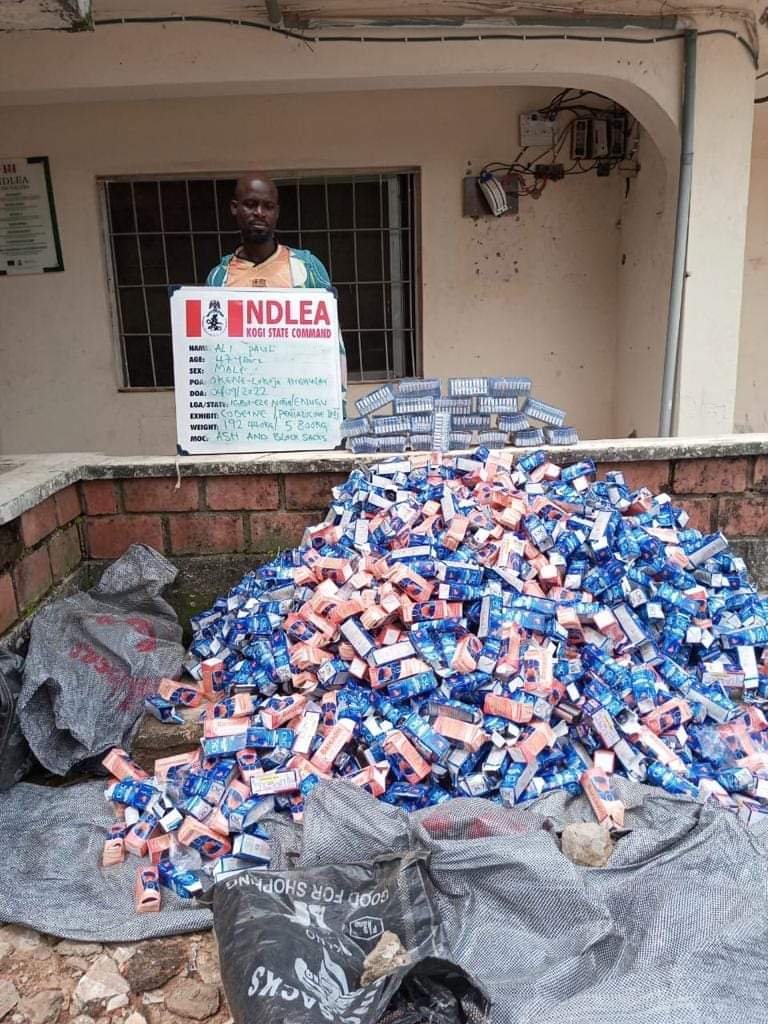 A Brazilian returnee excretes 92 wraps of cocaine at A

A Brazilian returnee and father of two, Okolie Paulinus Nwabueze has been arrested at the Nnamdi Azikiwe International Airport, NAIA, Abuja by operatives of the National Drug Law Enforcement Agency, NDLEA, for importing Ninety Two (92) wraps of cocaine, which he ingested and eventually excreted after days under observation in the Agencys facility.

The 53-year-old trafficker who hails from Mmaku village, Awgu Local Government Area of Enugu State was arrested on Friday 2nd September upon his arrival on Qatar Airline flight enroute Brazil-Doha-Abuja. He claimed to have left Nigeria to Mozambique in 2004 and finally relocated to Brazil in 2017, where he obtained a residence permit before deciding to import the illicit substance for a $4,000 fee.

In the same vein, a 42-year-old man, Aliyu Bello Kwasare, has been arrested at the Mallam Aminu Kano International Airport, MAKIA, Kano, for attempting to export a consignment of new psychoactive substance, Akuskura, to Saudi Arabia.

The indigene of Kware LGA, Sokoto, who lives in Goron Dutse area of Kano, was arrested on Monday 5th Sept. during the outward clearance of passengers on Ethiopian Airline flight to Riyadh.

At the Murtala Muhammed International Airport, MMIA, Ikeja Lagos, no fewer than One Million and Ninety Nine Thousand (1,099,000) tablets of Tramadol 225mg have been seized through inter-agency collaboration between NDLEA and the Nigerian Customs.

The pharmaceutical opioids packed in 50 cartons weighing 2,058.90kg, were imported from Pakistan via Addis-Ababa on Ethiopian Airways. The consignment was concealed among other non-controlled pharmaceuticals.

Also, a freight agent, Aliyu Abubakar was on Friday 9th Sept. arrested at the NAHCO export shed of the airport over attempt to export a consignment of cannabis concealed inside bottles of Caro white body lotion.

Meanwhile, attempts by drug cartels to export 7.805 kilograms of crystal methamphetamine to the United States and Australia have been thwarted by NDLEA operatives attached to some courier companies in Lagos. The meth consignments were concealed in the linings of local fabric, wooden statutes, printer cartridges, handle of travel bag and cassava flakes.

From other parts of the country, a 25-year-old pregnant woman, Haruna Favour, was arrested in Auchi, Edo state on Friday 9th Sept with 82 pinches of methamphetamine as well as various quantities of Loud, Arizona, Colorado variants of cannabis and codeine based cough syrup.

In Gombe, One Hundred and Nineteen Thousand (119,000) tablets and capsules of tramadol, D5 and Exol5 were recovered from two drug dealers, Nasiru Abubakar, 22, and Umaru Bayero a.k.a Hadiza when NDLEA operatives raided their stores at the Gombe main market on Tuesday 6th Sept.

In Kogi, a suspect, Paul Ali, 47, was arrested along Okene-Abuja highway with 1,404 bottles of Codeine based syrup weighing 190.94kg and 2,040 ampoules of pentazocine injection coming from Onitsha to Sokoto. A follow up operation in Sokoto has also led to the arrest of the receiver of the consignment on Tuesday 6th Sept.

A raid at the cannabis plantation camp in Emure forest, Owo LGA, Ondo State has led to the arrest of Monday Onoja, 20; Daniel Kehinde, 25; and Obinna Okechukwu, 35, where sixteen (16) bags of the illicit substance weighing 179.5kg were seized from them.

Chairman/Chief Executive of NDLEA, Brig. Gen. Mohamed Buba Marwa (Retd) in his reaction to the arrests and seizures, commended the officers and men of the NAIA, MMIA, DOGI, MAKIA, Kano, Kogi, Edo, Ondo and Gombe Commands for their resilience. He charged them and their compatriots in other commands to remain focussed and vigilant in their areas of responsibility. 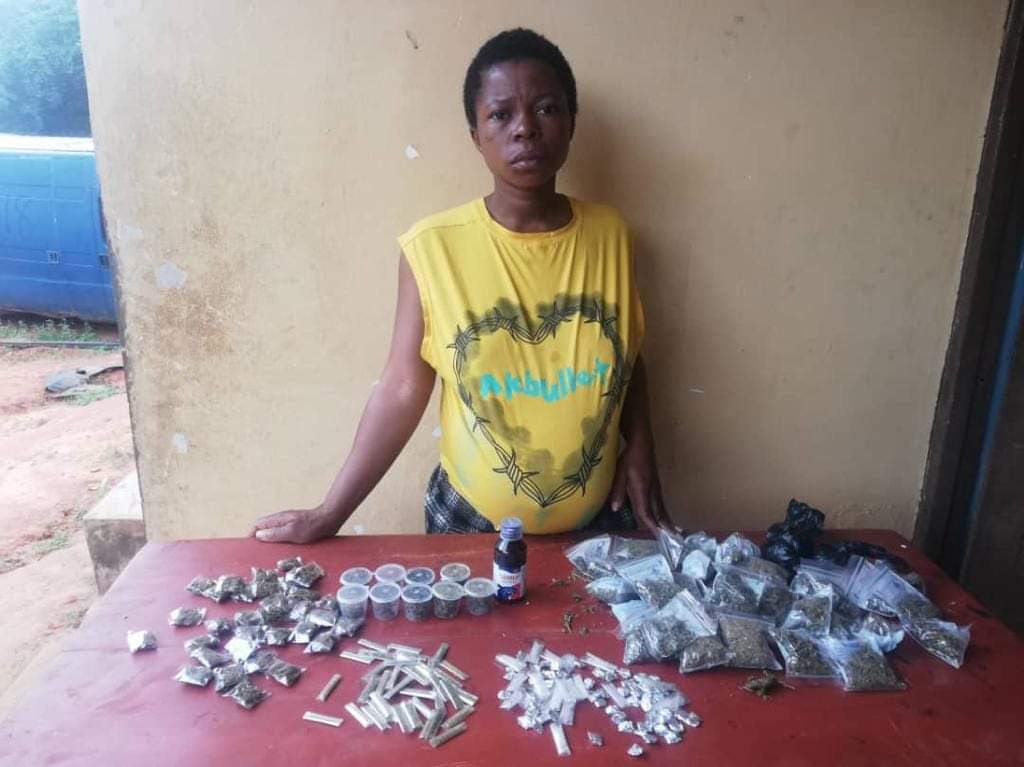 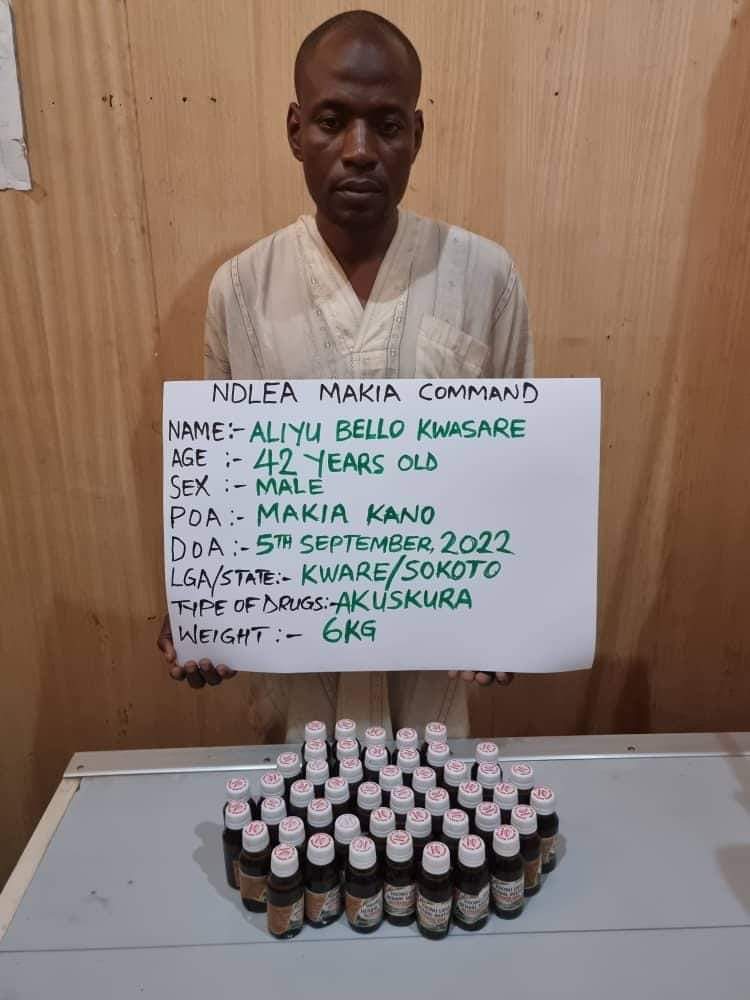 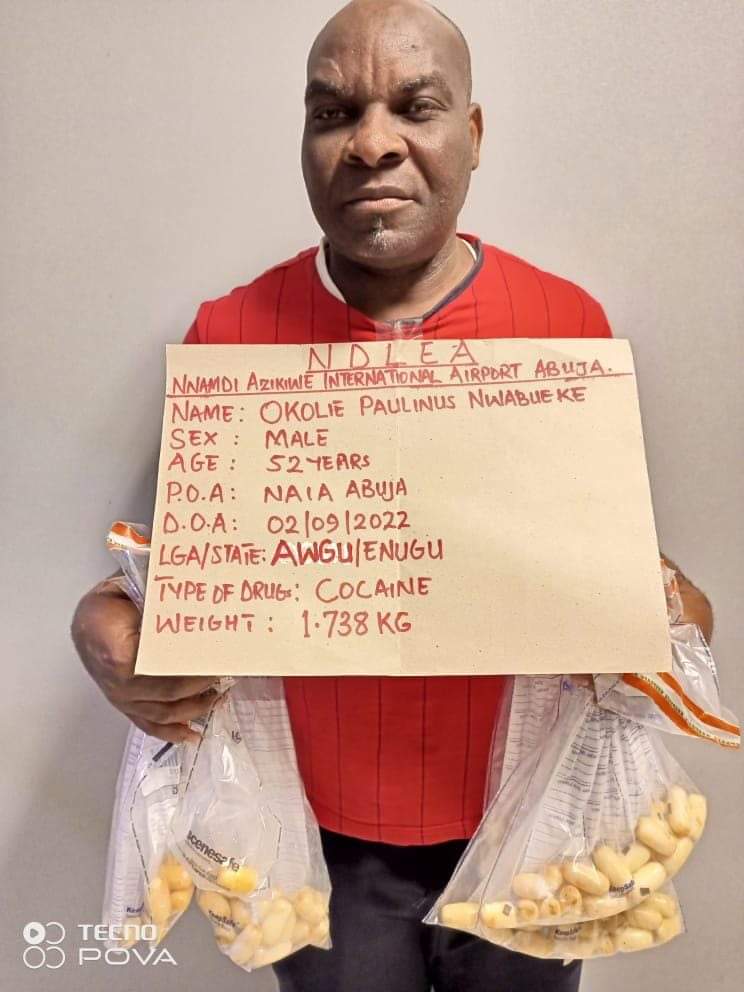