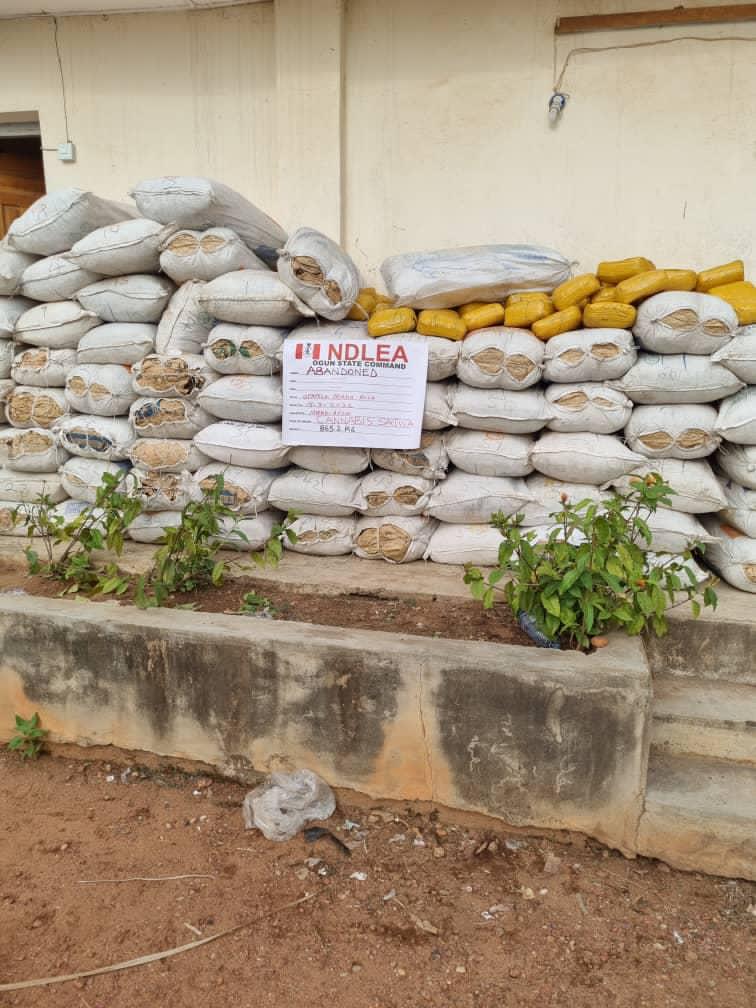 For the first time in history, a 52-year-old father of four children who claims to be a businessman, Okeke Adolphus Anayochukwu has been arrested with black liquid cocaine at the Nnamdi Azikiwe International Airport, NAIA Abuja by operatives of the National Drug Law Enforcement Agency, NDLEA.

Okeke was arrested with 20.75 kilograms of the black liquid cocaine on Tuesday 15th March upon his arrival at the Abuja airport onboard Qatar Airways flight from Sao Paulo, Brazil through Doha, Qatar to Abuja. The liquid was discovered upon search of his two luggages stuffed with six smaller bags containing 32-makeup mascara, which tested positive to cocaine.

Married with four children, the indigene of Oraifiti in Akwusigo local government area of Anambra State claims he was a businessman dealing in children wares before delving into the illicit drug business. He claimed he met the person who gave him the consignment to deliver in Nigeria for a fee of Two Million (N2, 000,000) Naira at a drinking joint in Brazil.

In other operations across the country, different quantities of various drugs were recovered from suspects. At least three persons: Tony Samson, Paul Adamu, and Reuben Waziri were arrested in Kaduna on Friday 18th March with 18,380 tablets of Tramadol, and 12,500 tablets of Diazepam and Exol-5 tablets.

In Anambra, NDLEA operatives on Thursday 17th March intercepted a bus with reg. No AGU 460 ZW, at Obosi bridge heading to Aba, Abia state from Onitsha. Upon search, seven and half jumbo sacks of cannabis weighing 362kg were recovered while the driver, Ifeanyi Anyamele admitted to be the owner of the drug exhibits.

The previous day, Wednesday 16th March, narcotic officers in Ogun state recovered 865.2kg of cannabis sativa around Otapele- Obada road in Imeko-Afon LGA. The consignment was brought in from Benin Republic on motorbikes for onward transportation to Lagos and Abeokuta. Same day, operatives in the state arrested Bello Ibrahim, 38, with 312.4kg of cannabis sativa at Ogere tollgate, Ikenne LGA.

While commending officers and men of the NAIA, Kaduna, Anambra and Ogun state Commands of the Agency for their vigilance and diligence, Chairman/Chief Executive of NDLEA, Brig. Gen. Mohamed Buba Marwa (Retd) charged them and their counterparts across the country to always remain steps ahead of the tricks of drug traffickers and the barons. 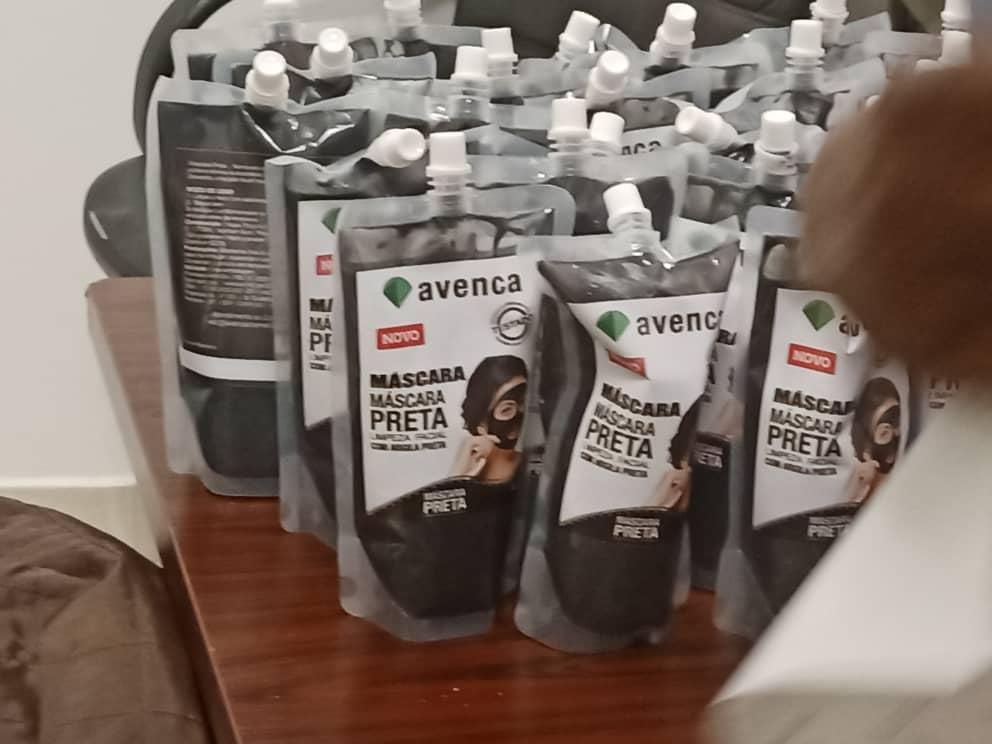 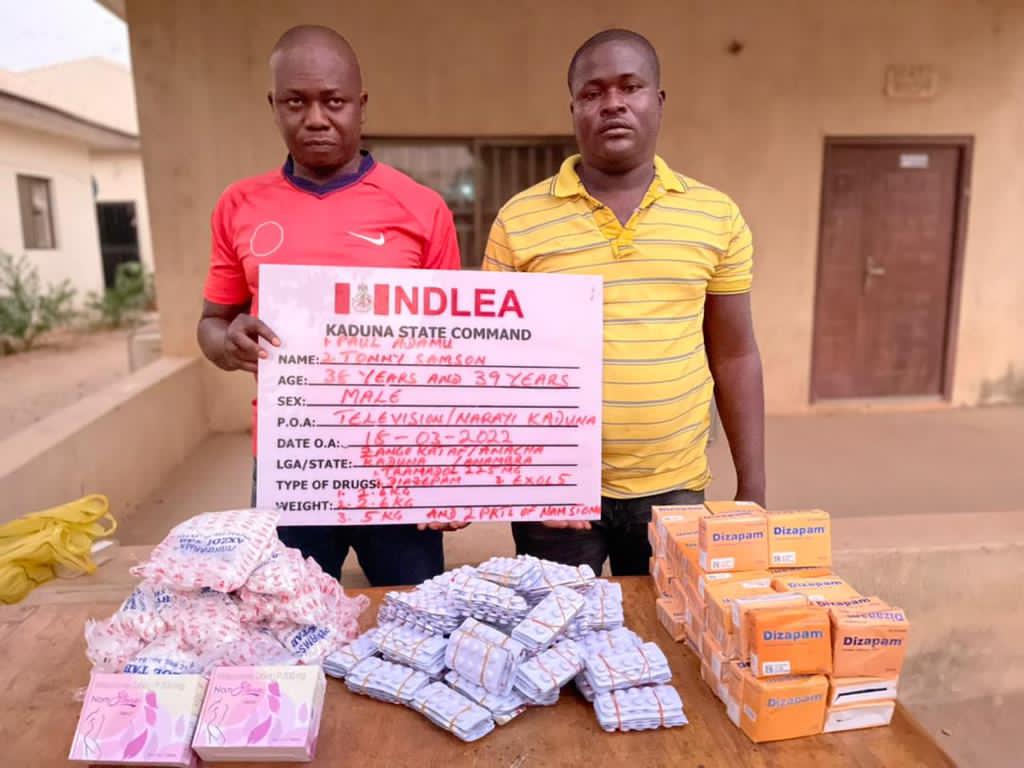 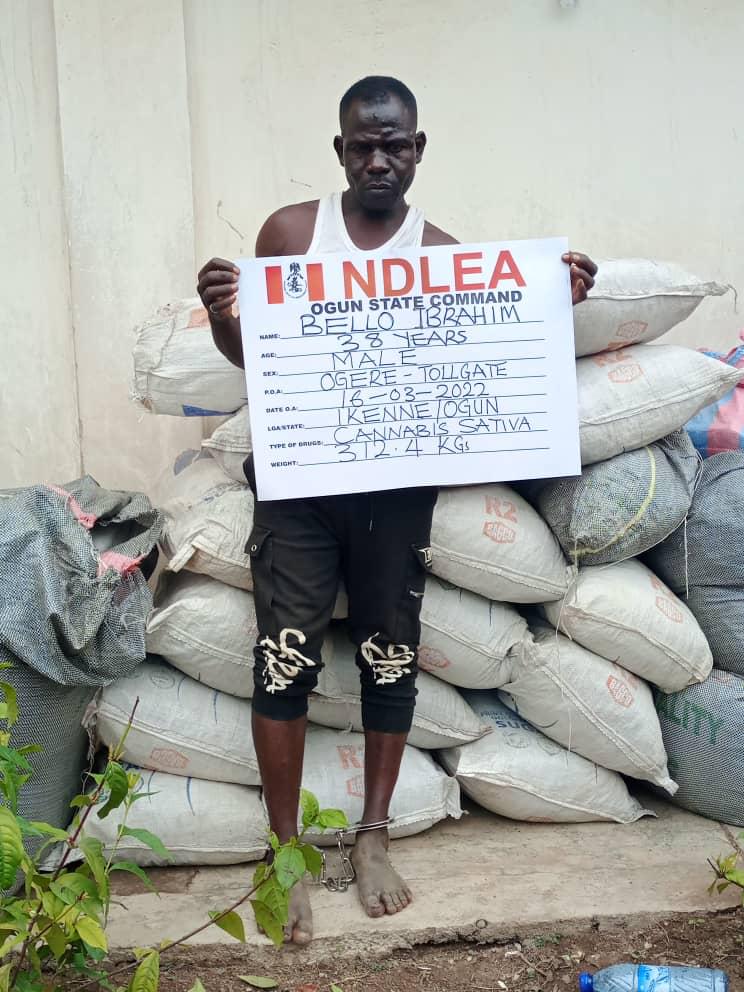 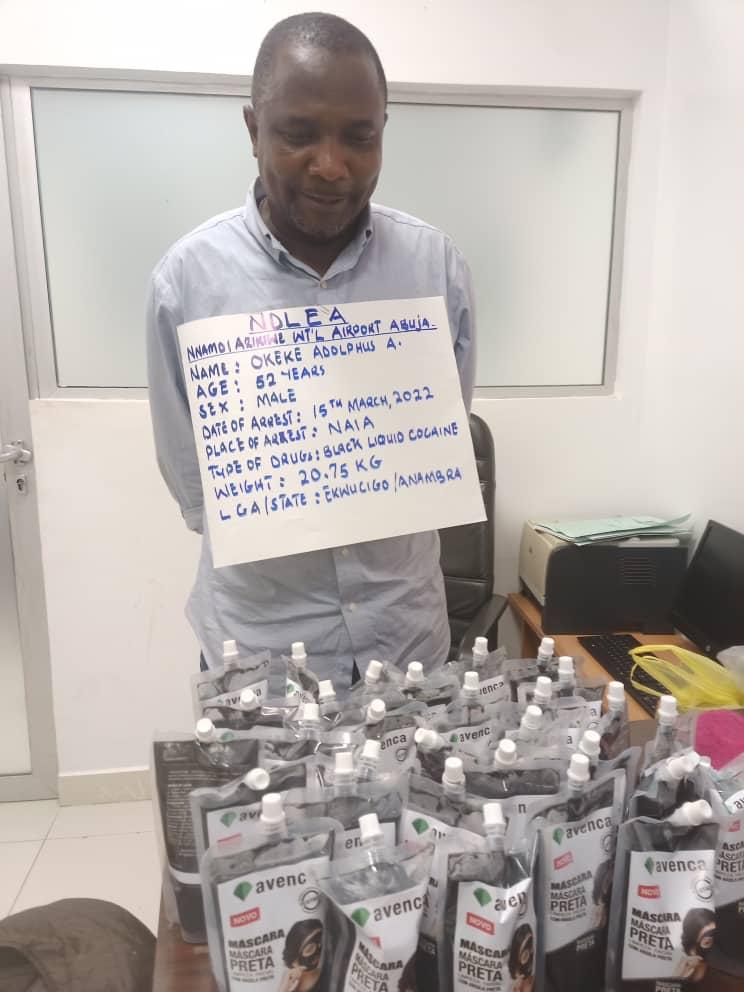