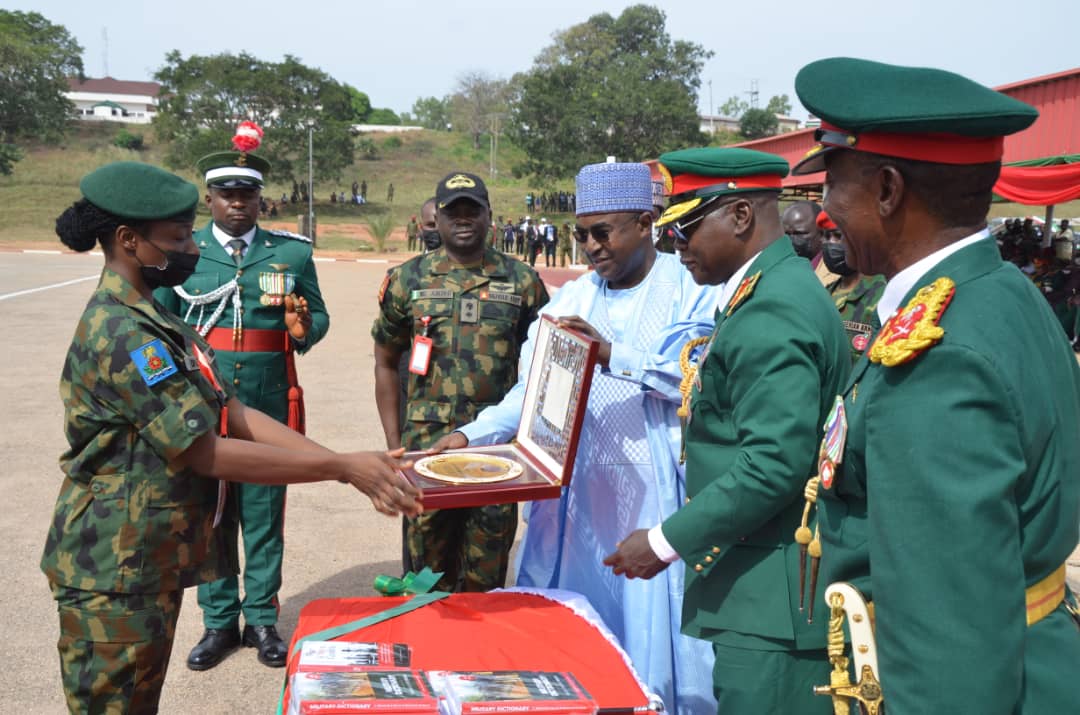 “I would like to encourage officers to venture more into the field of writing to expand the frontiers of knowledge in the service”, he stated.

Gen. Marwa gave the charge in his remarks during the presentation of “The Marwa Awards” to two Army officers who came first in order of merit in the Lieutenant – Captain Practical Promotion Examination and Senior Staff Course Qualifying Examination during the Nigerian Army Infantry Biennial Reunion in Jaji, Kaduna state on Friday 12th November.

The merit awards were recently instituted by Gen. Marwa to encourage excellence and professionalism among military officers. While commending the two officers, Major AC Ogbuogu and Lt OR Oyetunde, a female officer who won the awards, Marwa said “ I know coming first in these examinations is a reward of hardwork because I came first in my time in these exams so I should know.”

Speaking further at the event, he said, “I wish to commend the Armed Forces for its commitment, sacrifice, patriotism and gallantry in its fight to keep Nigeria safe. I trust we will prevail. I thank the Chief of Army Staff for approving the Buba Marwa awards, with the two officers who stood first in order of merit in the Lieutenant – Captain Practical Promotion Examination and Senior Staff Course Qualifying Examination, as the first set of winners.

“I would also like to seize the opportunity to donate 20 copies of the revised Nigerian Army dictionary to the Headquarters Infantry Corps library.  I authored the first edition of the dictionary 38 years ago as a major,  in 1983 and now revised by my son, Lt Col Mohamed M. Marwa where he added 400 new definitions. Lt Col Marwa also wrote two other books, War Is Not A Gamble and Ancient Era Of Warfare and I am presenting 10 copies each of

those as well to the infantry corps library.”