A major drug kingpin operating the notorious Patey Lagos Island drug haven, in Lagos state, Mrs. Sherifat Kehinde Lawal has been arrested along with six other suspects by operatives of the National Drug Law Enforcement Agency, NDLEA, who also recovered 5,862 kilograms of assorted illicit drugs including Loud and Codeine in a raid on Saturday 26th February 2022.

Following credible intelligence and follow up surveillance on illicit drug dealing in Osho, Gambari, and Beecroft Streets, Patey Area of Lagos Island, anti-narcotic officers stormed the Gambari street base of the drug kingpin where they arrested her and six of her accomplices at 9:30am Saturday 26th Feb. Other members of the cartel operating in the axis however mobilised hoodlums who attacked the operatives with stones, bottles and guns in a bid to prevent the officers from arresting other kingpins marked for arrest as well as taking the suspects already nabbed and drug exhibits away.

The operatives were able to tactically defend themselves, took the suspects and exhibits away. Other suspects in custody with Mrs. Lawal include: Ahmed Yisau; Solomon Alape; Olayemi Akinola; Salami Qudus; Bakare Rafiu; Rose Samson; Yusuf Rofiat, and Chukwudi Egon.

In his reaction to the development, Chairman/Chief Executive of NDLEA, Brig. Gen. Mohamed Buba Marwa (Retd) commended the officers and men of the Lagos Command of the Agency for the successful operation. He warned those being used by drug cartels to obstruct or attack anti-narcotic officers in the course of doing their work to desist or face dire consequences. 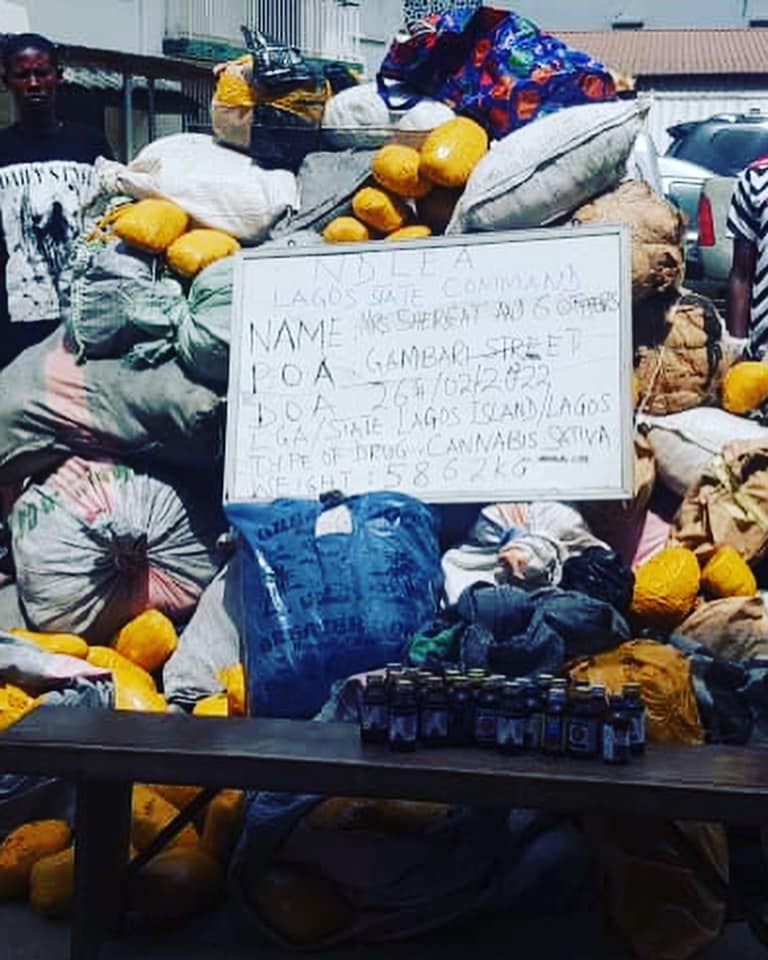