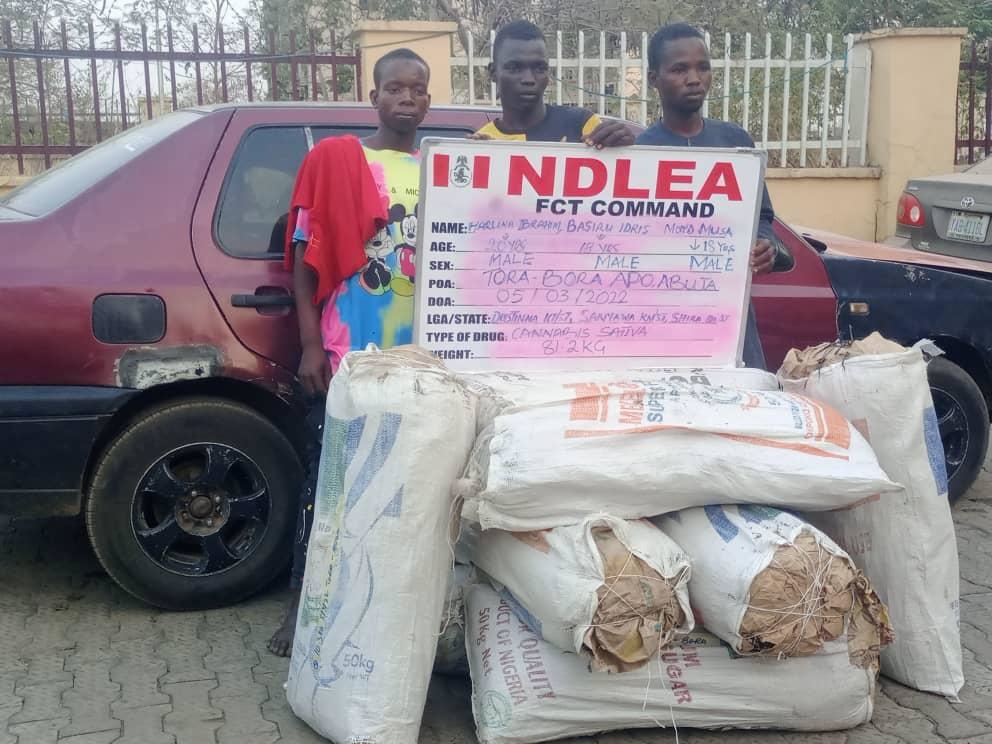 Operatives of the National Drug Law Enforcement Agency, NDLEA, have intercepted no fewer than 294,440 tablets of Tramadol, Diazepam, Swinol, Rohyphnol and Exol-5 along with other illicit drugs in major operations in Delta, Bauchi, and the Murtala Muhammed International Airport, MMIA, Ikeja, Lagos, while a total of 41 suspects were arrested in raids in Abuja and Kaduna state.

In Delta, one Christian Onah,42, was arrested at Isele- Azagba junction with 23,160 tablets of Swinol and 66,000 tablets of Rohypnol, both weighing 71.6kg while conveying the drugs from Benin, Edo to Onitsha, Anambra state. In another arrest, a commercial vehicle from Onitsha going to Ibadan, Oyo state was intercepted at Abraka junction, Asaba on Wednesday 2nd March with 78,000 capsules of Tramadol; 5,000 tablets of Diazepam and 97,500 tablets of Exol-5, while a suspect, Olaniyan Sunday, 42, was arrested. At least, a female suspect, Patricia Saduwa, 42, was arrested with 233.7kg cannabis during a raid operation in Orogun community close to Abbi town in Kwale LGA, Delta State on Friday 4th March. The raid of another house in the community same day led to the seizure of 123.7kg cannabis while the owner is still at large.

In Bauchi, operatives acting on credible intelligence raided a warehouse at Gadar- Maiwa, Ningi Local Government Area of the state, where 542.5kg of cannabis; 6,800 tablets of Diazepam and 12,400 tablets of Exol-5 were recovered on Wednesday 2nd March.

At least, 30 suspects were arrested at Malali area of Kaduna during raids aimed at destroying drug joints across the state. A suspect, Usman Dahiru was arrested with 24kg cannabis concealed in two sacks of used clothes on Thursday 3rd March along Abuja-Kaduna express road, where another suspect, Abdulrazaq Rabi'u was also arrested with 100,000 counterfeit US dollars while on the same day, operatives in Anambra state recovered 38,862 red star cartridges along with 13 cartons of illicit drugs when they raided a warehouse in Onitsha. In Abuja, FCT, 11 suspects were arrested and 81.2kg of drugs seized in a major raid operation on Saturday 5th March in black spots like Torabora, Karu Abattoir, Jabi motor park and Forest.

At the Lagos airport, one Audu Muhammed was arrested at the SAHCO export shed on Saturday 5th March with 1.550kg cannabis concealed in golden morn cereal packs meant for Dubai, UAE. Two days earlier, Thursday 3rd March, a suspect, Olalekan Wasiu Ayinde was also arrested at the export shed with 4,980 capsules of Tramadol; 600 capsules of Rohypnol and some designer drugs concealed inside locust beans and hidden among food items for export to South Africa.

Meanwhile, a principal suspect in the importation of 451,807 Captagon tablets weighing 79.119kg in September, 2021 at Apapa Seaport Lagos, Nwoku Princewill Uche, 36, has been taken into custody after six months on the run. Known as Jihadist drug, the consignment was the first ever recorded seizure of Captagon in West and Central African Sub-Region. In his statements, he claimed to have met the person who gave him the job on LinkedIn while he was paid N5m to clear the container. He then used a third party bank account to process the Form M for the clearing of the illicit consignment.

While commending officers and men of the Delta, Bauchi, Kaduna, Anambra, FCT, Apapa port and MMIA Commands of the Agency for the arrests and seizures, Chairman/Chief Executive of NDLEA, Brig. Gen. Mohamed Buba Marwa (Retd) charged them and their compatriots across the country to remain vigilant and on the offensive until all drug cartels in Nigeria are completely dismantled. 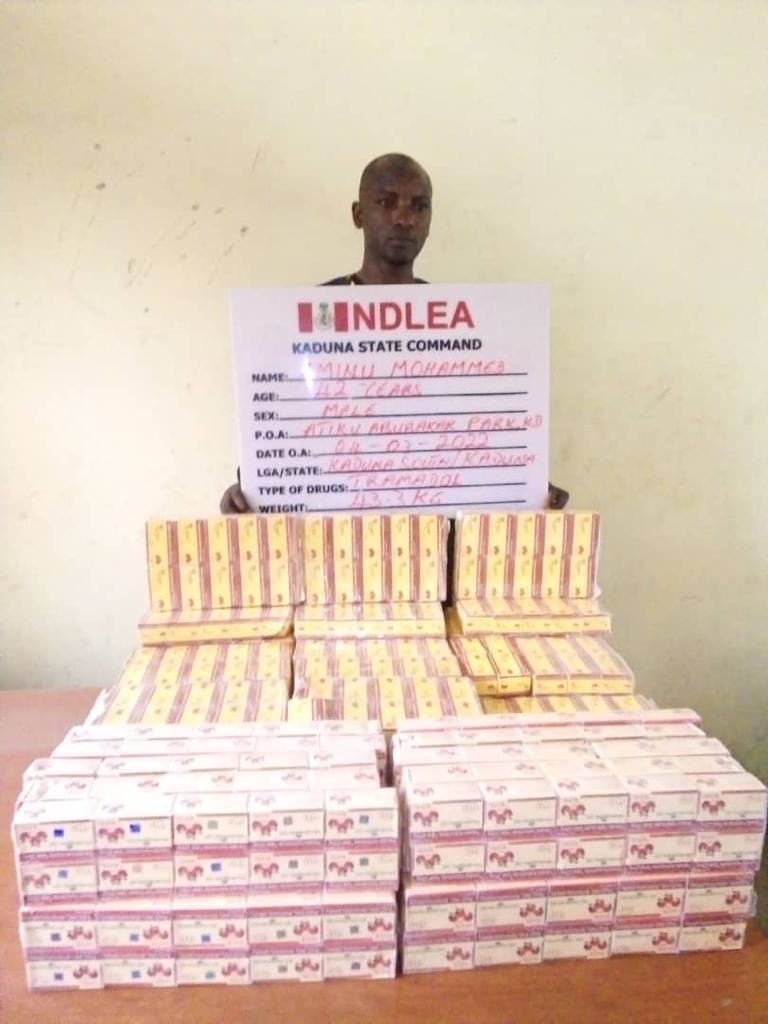 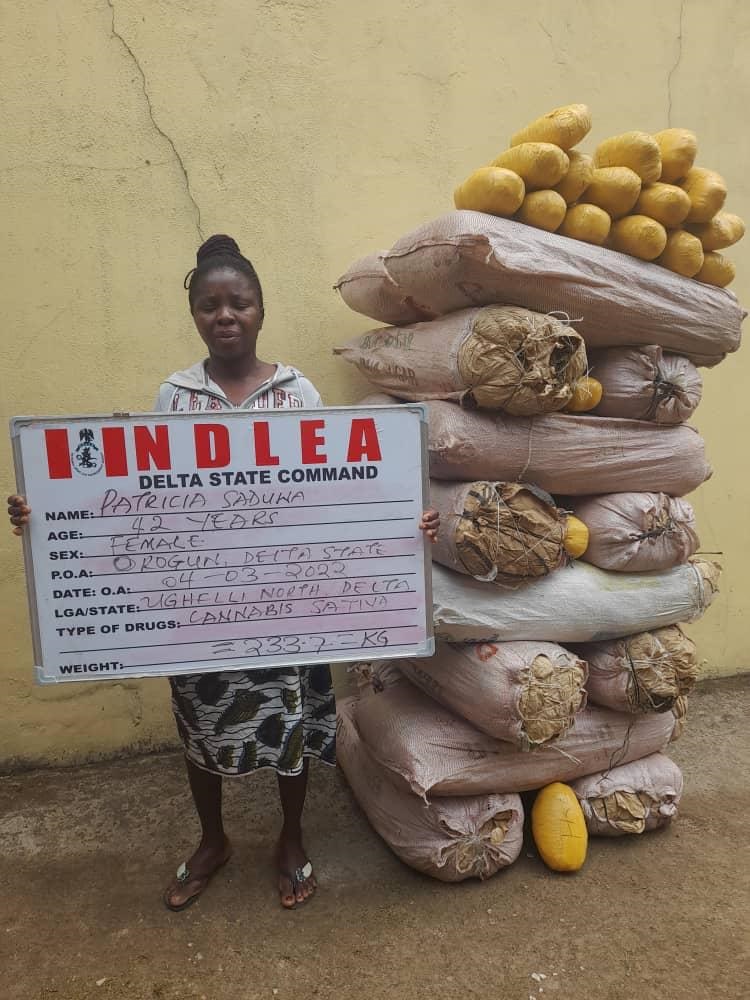 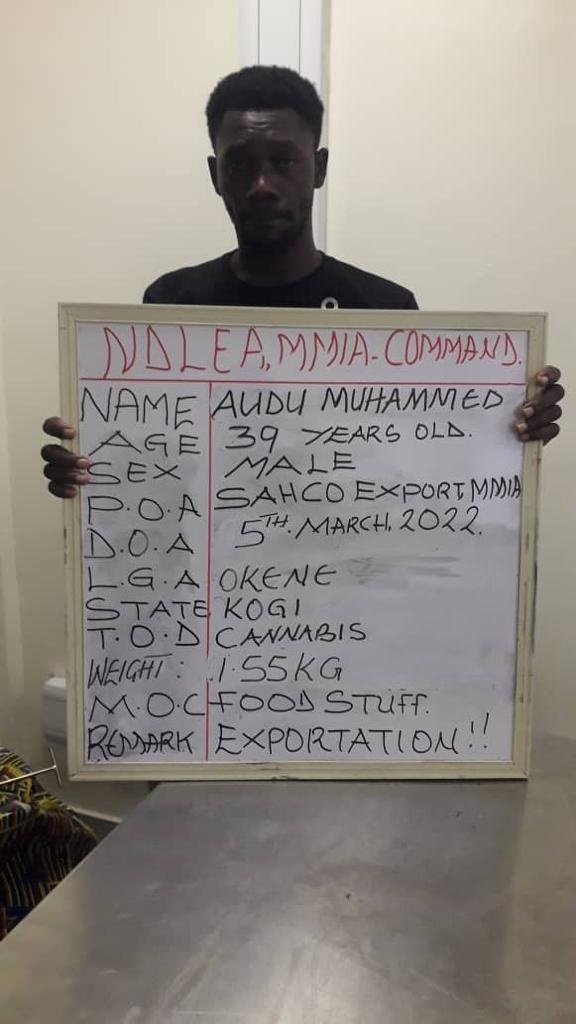