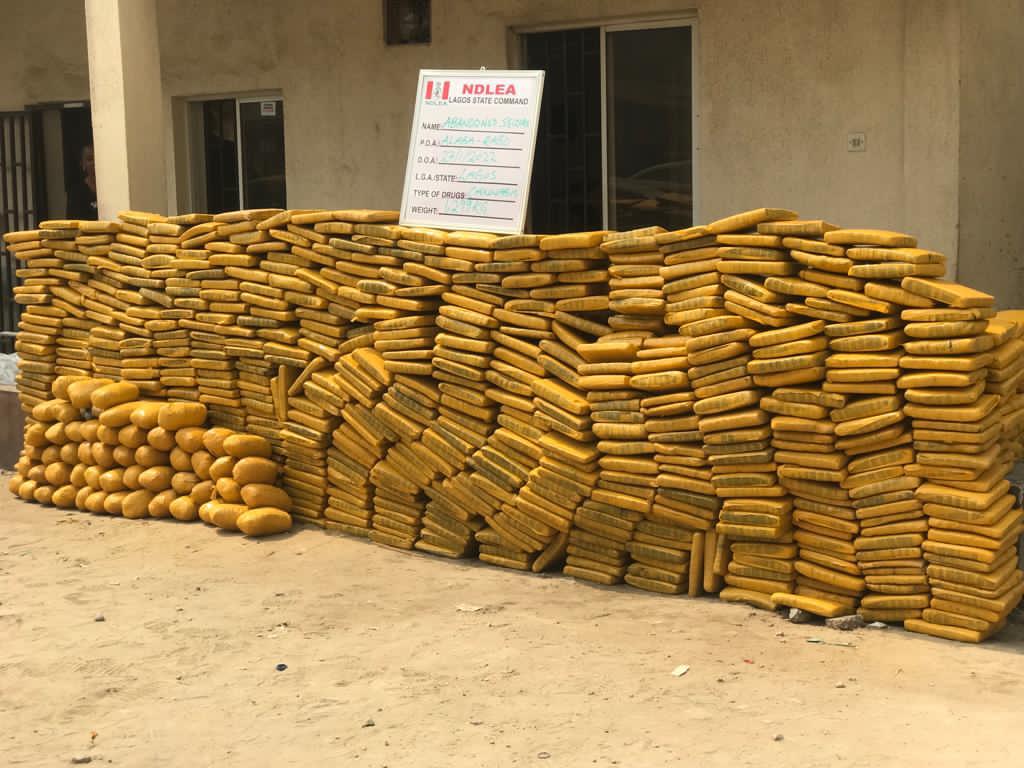 Three trans-border drug traffickers have been arrested by operatives of the National Drug Law Enforcement Agency, NDLEA, while trying to smuggle 48,000 tablets of 225mg Tramadol through Mubi, Adamawa state to Cameroon Republic, just as over 1,500 kilograms of imported Loud and other illicit substances have been intercepted in raids across Lagos and Edo states.

The suspects: Mohammed Hussaini, 32; Adamu Bella, 18, and Mohammed Umar, 18, were arrested at Tsamiya Junction, Madanya Road, Mubi, Mubi North LGA, Adamawa State on Friday 28th January, with the exhibits concealed in the packets of another drug. When interviewed, they claimed the drugs were being taken to Bagira town along Nigeria-Cameroon border to be delivered to some Cameroonians for onward delivery to Maroa in Cameroon.

This comes on the heels of a similar operation at Alaba Rago area of Lagos where operatives of the state command of the Agency intercepted 1,200 parcels of imported Loud, a strong variant of cannabis suspected to have been smuggled into the state from a neighbouring country with a total weight of 1,229 kilograms.
In another raid on Wednesday 26th Jan, at Suru Alaba, Ajeromi-Ifelodun LGA, Lagos, operatives arrested one Ibrahim Musa, 25, with 18,530 tablets of Tramadol, Rohynol, Diazepam, Exol-5, and 138 bottles of Codeine.

At the Murtala Muhammed International Airport, MMIA, Ikeja Lagos, operatives at the SAHCO export shed of the airport during their routine cargo search intercepted a consignment of 22 international passports of six different countries concealed in a bag of Gari among other food items.

Nine of the passports were three each of UK, France and Portugal, while the rest were: Nigeria -8; Ghana -4 and Cameroon -1. Also at the airport, operatives equally recovered 12 parcels of cannabis weighing 4.95kg concealed in a carton of Golden Morn packaged for export through the SAHCO export shed.

In Plateau state, a team of NDLEA officers on Friday 28th Jan. arrested two suspects; Emeka Ezenwa, 37, and Julius Akingbe, 45, for being in possession of 126.5grams of methamphetamine concealed inside a DVD player coming from Lagos, while a raid in Kampani Zera- Wase LGA of the state on Friday led to the arrest of Fatima Sadiq, 20, who was caught with 21.3kg cannabis.

A similar raid on Friday of a notorious drug joint, Bakin Kogi Ringim, Jigawa state led to the recovery of different quantities of Cannabis, Diazepam, Exol-5 and some new psychoactive substances with a total weight of 8.680kg as well as weapons such as knives, cutlasses, Gora sticks, catapults and charms.

In Edo state, operatives recovered 19 bags of cannabis weighing 144.10kg stored in the bush along Uromi Road, Esan North East LGA ready to be transported to other parts of the country, while eight bags of the same substance weighing 111kg were recovered from a bush at Iruekpen, Esan West LGA.

Chairman/Chief Executive of NDLEA, Brig. Gen. Mohamed Buba Marwa (Retd) has commended officers and men of Lagos, MMIA, Adamawa, Plateau and Edo commands of the Agency for their tenacity and vigilance. He charged them along with their colleagues across the country not to relent until the last gram of illicit drug is recovered from every part of Nigeria. 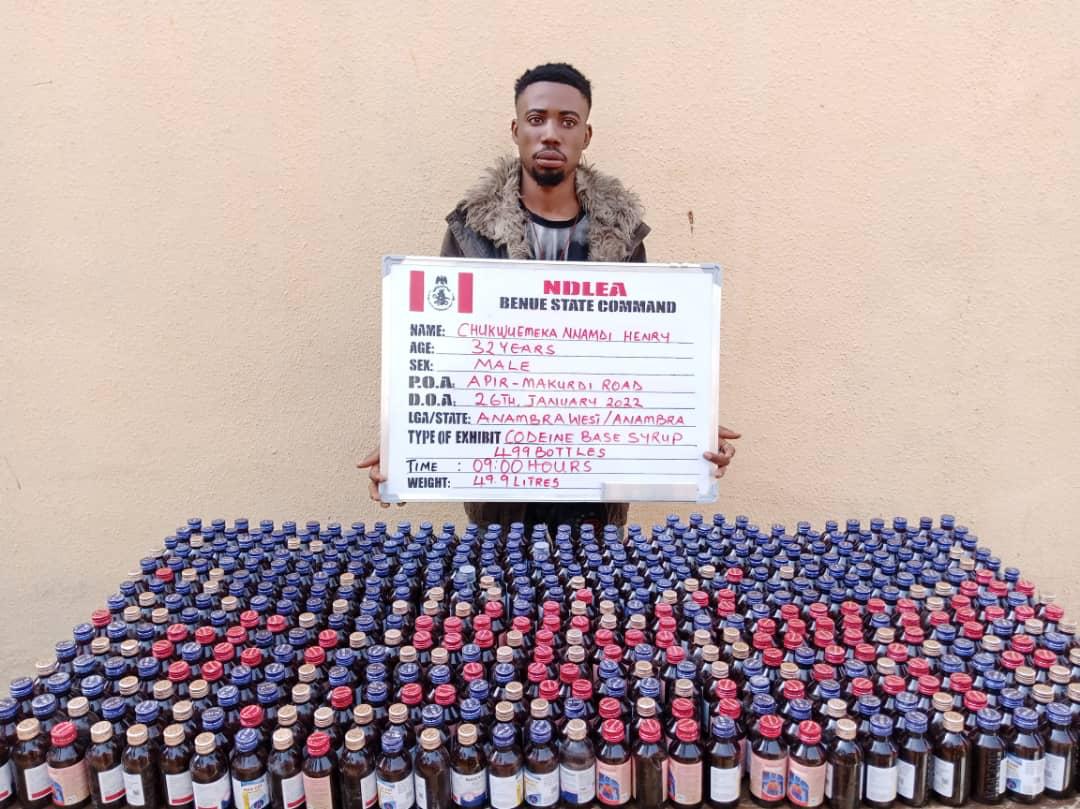 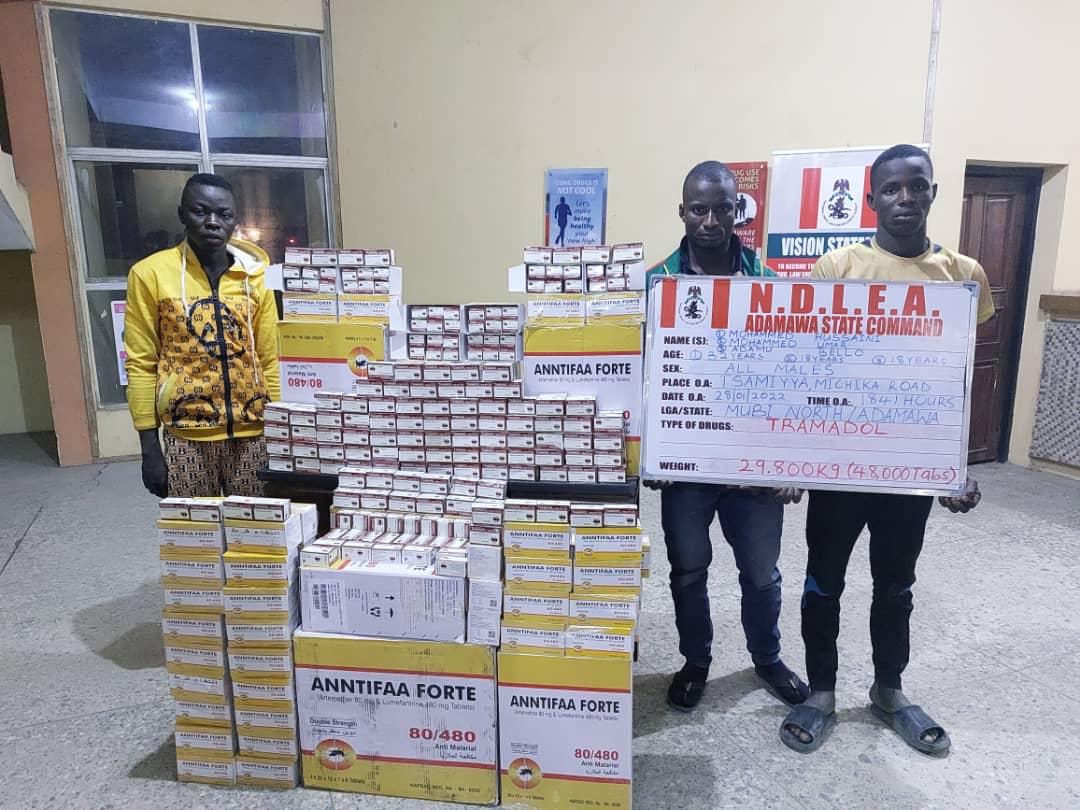 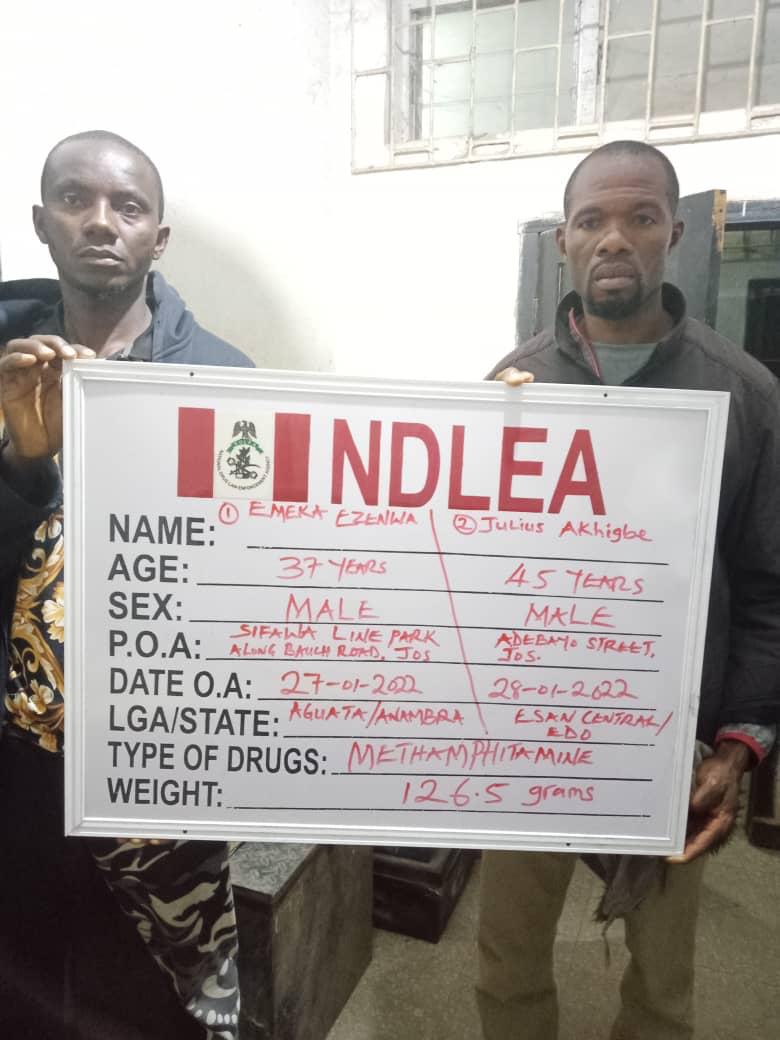